When a car disappears from their property, nobody expects the city counsel 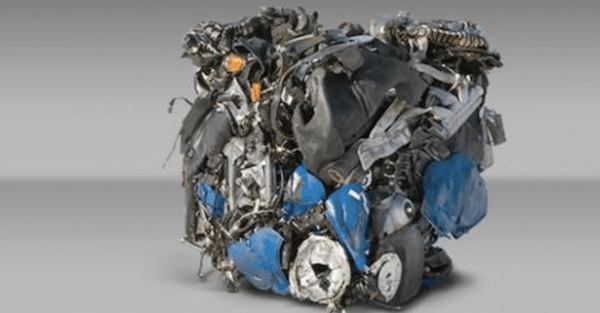 If you’ve ever had your car towed, you know it can be a frustrating affair. You pay the $175 fee get the car back with a few more dents than it had before and you drive away. It’s a crappy situation, but deep down inside you know it was your fault and you move on with life.

Well, imagine that same thing happens, except your car is parked on your property and oh, they crush your car into a cube. Per the Northern Echo, that happened to Ben Tiller, of Colburn in North Yorkshire. Sort of. He bought an older Subaru with intentions of fixing it up and selling it. He parked it on his private property but the local council thought it was abandoned and towed it. He reported it stolen and, two months later, the police inform him it was actually towed and that it was already crushed.

Super happy to hear this (sarcasm), Ben looked a little deeper into the matter to find out it had not been crushed yet and that the council would be returning the car to him. However, since it had already been through a few steps of the process before the actual crush, its VIN was flagged by DVLA as a crushed car, rendering it illegal to be titled or driven.

The council did say sorry and is working on reimbursing Ben for all the trouble. Hey, maybe it will work out after all and make this the strangest flip in the world.

Related: How to fool Parking Enforcement in one “easy” step