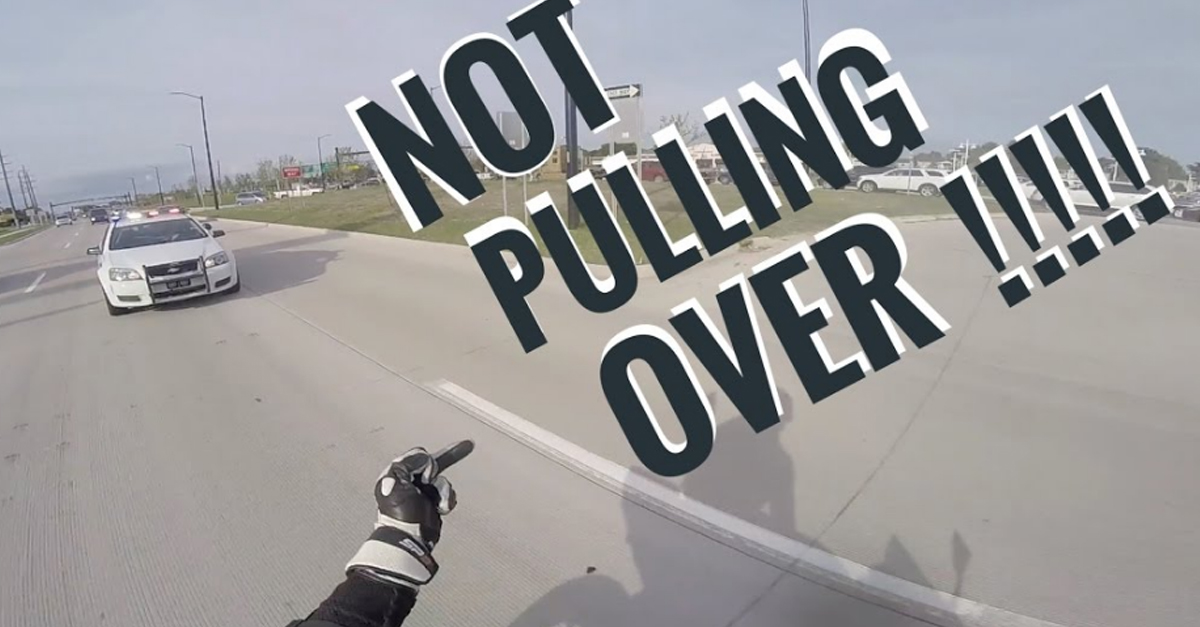 While speeding around and popping some wheelies, this biker noticed a cop had pulled up behind him and was attempting to pull him over. That’s when the biker decided to take off and do a bit of his own thing. He sped away at incredible speeds, weaving through traffic like it was nothing. Then he illegally passes another cop, no doubt raising his wanted level if you know what we mean, and kept hauling ass! After several more minutes of speeding past people he must be praying don’t suddenly turn, well, of course one of them does. He drives right into the side of a mini van turning in front of him and totals his bike. The biker who uploaded the video says he’s currently on his way to jail.