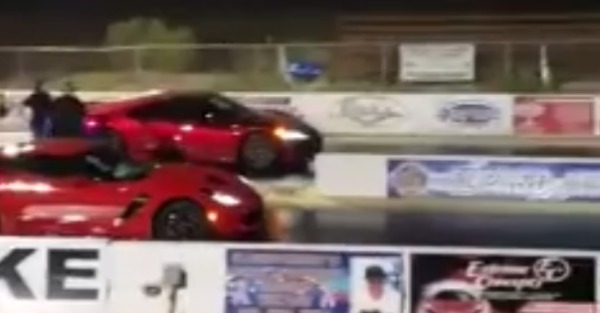 Four people have been arrested for their roles in stealing six cars… from the same dealership! A $200,000 Acura NSX and a Dodge Challenger Hellcat highlight the list of cars that Mark Mitchell and his accomplices are accused of stealing over the course of a year. The other cars were a 2012 Chevrolet Camaro, a 2014 Nissan Armada, a 2015 Ford F-150, and a 2016 Acura MDX, again all from the same dealership. The thieves apparently used wire fraud to con the dealership out of the cars over time.

CBS spoke to GM Shawn Bryan of Superstar Motors on Montana who says the group tried a similar scheme at his dealership.

?On June 29 we were approached by an individual by the name of Mark Mitchell drove in driving an Acura NSX, which is a very amazing, expensive, beautiful car. He came in and wanted to purchase this GMC Acadia,? Bryan said. ?He was saying that he had just inherited $5 million. He had documentation and paperwork.?

Saying he was buying the Acadia for his Mother-in-law, Mitchell promised a wire transfer in the coming days. Bryan did not dig deeper into the man’s background because, as he says, ?When somebody’s driving basically a $200,000 car you don’t really give much thought to it.?

When the transfer never came through, Bryan began hearing excuses.

?His accountant had stolen $2.4 million from him. Then he had to be put in the hospital and then it turned into he died and now he sitting in jail and it’s mind-boggling,? Bryan said. ?He literally faked his death and had his wife call people and tell them that he had a heart attack and died so that’s why he couldn’t end up paying.?

Once he realized he had been conned, Bryan decided to give the thieves a taste of their own and offered them a free detailing on the Acadia.

When Mitchell’s accomplices arrived for the detailing, Bryan had his associates take the car into the back of the dealership and locked it up. They never saw Mitchell or his alleged accomplices again.

However, it is not like these thieves were keeping a low profile. Videos have emerged reportedly showing Mitchell and company racing all of their stolen cars at a local drag strip.

Shawn Bryan also happened to be at the strip that day and also said that the group was there and raced every single one of their stolen cars.

The thieves were good. But not good enough not to get caught. Maybe future criminals will learn to be a little sneakier or even less greedy (Again, we repeat, six cars from the same dealer!), but we wouldn’t count on it.