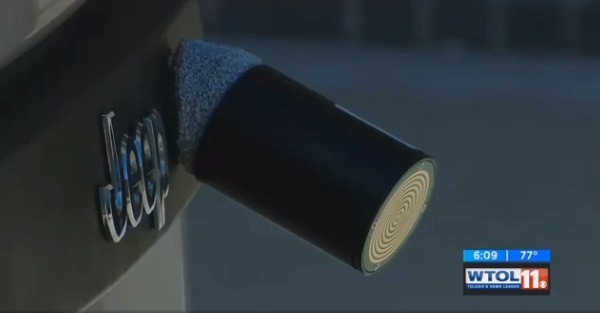 After pulling a gun on an officer and fleeing the scene in his car, a man in Lucas County, Ohio thought he was home free when no one gave chase. A spike strip later, he is behind bars.

The reason the Lucas County Sherrif’s office was able to track down the suspect without engaging in a dangerous chase was an awesome piece of tech. A GPS tracking dart from what is called the Star Chase System.

According to the local CBS station, it was the first such use of the system since five were purchased about a year ago. A deputy was able to attach the dart to the suspects bumper by shooting it from his cruiser. After that, they could sit back and watch the suspects every move.

“They were able to track him with GPS and other jurisdictions got involved and they knew his location and speed and were able to get in front of him and get stop sticks out and stop him,” said Captain Matt Lettke. “This was the first time that this was the perfect case scenario and we are happy with the outcome we will mark this as a win because there was no serious injury or loss of life we did not crash any of our vehicles and there were no citizens or the suspect hurt.”

Truly the best case scenario for a situation that could have turned much worse very quickly.