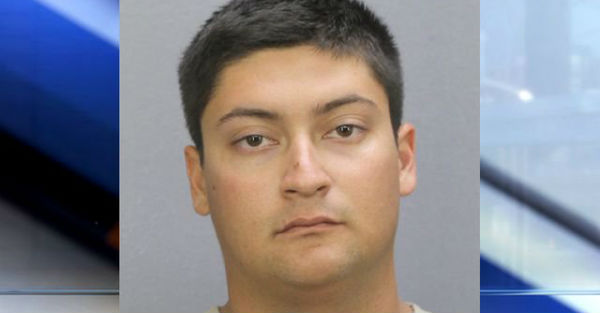 If you’ve ever wondered how to ruin your career forever, this is it

A sheriff’s cadet, and son of a Palm Beach, Florida, Sheriff’s lieutenant, allegedly stole his dad’s squad car and used it to pull over his ex-girlfriend.

According to the SunSentinel, Christopher Combs allegedly stole his dad’s unmarked Ford Taurus with a friend. Comb’s found his ex-girlfriend driving around with her new boyfriend, and thought it was a good idea to flip on the lights and pull them over.

The madness doesn’t stop there. The newspaper. citing information from authorities, said Combs used the loud speaker to instruct the boyfriend to exit the vehicle and empty his pockets. The boyfriend recognized his voice and heard him laughing, yet still followed the order.  Comb’s friend then allegedly proceeded to rob the boyfriend of his wallet and pocket knife, placing a “metal object” on his forehead.

A Palm Beach Sheriff’s office spokeswoman named Teri Barbera, wrote in to the SunSentinel and said this:

Combs is currently out on a $120,000 bond and is facing charges of armed robbery, impersonating a police officer and false imprisonment.