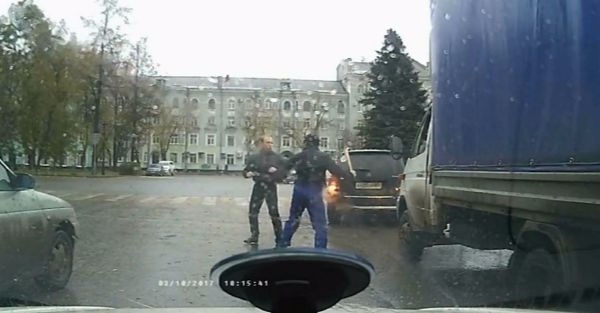 Well, a new video has been released out of Russia that’s eerily similar to that classic video game.

Filmed via the dash cam of a third party, the confrontation begins with the driver of a Mercedes pulling the door open to a semi-truck. Then, to no virtually no one’s surprise, the semi-truck driver enters the picture yielding a baseball bat.

What ensues next is a series of weak kicks by the Mercedes driver and a few weak swings of the bat by the trucker. That’s until a good Samaritan has enough common courtesy to come stop the shenanigans. While the trucker seems fine to get on with his day, the karate-kicking Mercedes driver stays on guard throughout the video, seemingly unhappy the real-life Street Fighter battle has ended.

Maybe these two could be hidden characters in next video game.