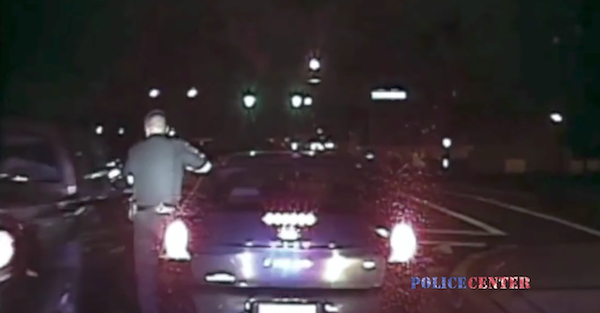 Ask any police officer and they’ll all agree: there is no such thing as a safe traffic stop. Most of their attention will undoubtedly be focused on the stranger they are approaching on the side of the road, but danger is all around them. This video from PoliceCenter’s YouTube channel illustrates that perfectly.

Due to the nature of a traffic stop, it is usually on the side of a busy road with cars continuing to whiz by while it’s in progress. It’s why it’s considered decent, if not already required by law, to give the cop, or anyone on the side of the road, a lane of distance when you pass.

This officer narrowly escaped a deadly situation when an alleged drunk driver grazed his arm with a truck, all while he was in the process of investigating another driver who had been pulled over for suspected drunk driving.

The police reported that both driver’s were charged with a DUI and that the officer is O.K.