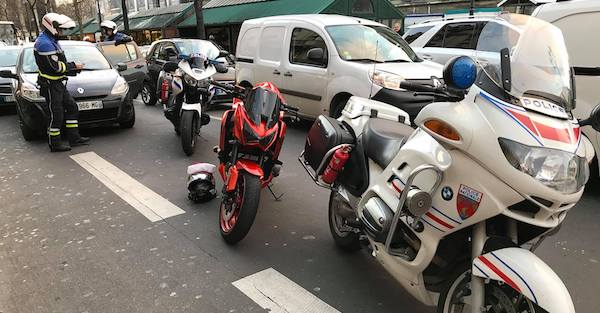 The internet is incredible. It allows people around the world to catch glimpses of scenes that, if described, would sound like they were pulled from the script of a straight-to-DVD action movie. Example: a French YouTuber, named Chris RS, chased down a hit-and-run driver through the streets of Paris dressed as Santa Claus.

It sounds crazy, but there is video that proves it was real. Jalopnik compiled all of the events around the video. They are as follows:

An unnamed driver in a Renault Clio is spotted on film colliding with a woman at a crosswalk. It soon becomes clear that the driver has no intention of stopping, and Santa Claus kicks his motorcycle into gear, giving chase to the rogue Renault.

The chase swerves in and around traffic until, finally, Chris is able to flag a pair of motorcycle cops who immediately join the pursuit, eventually catching and taking the Renault driver into custody.

And because you were wondering, yes, the woman who was hit is on her way to recovery.