A CEO tries to get out of a speeding ticket by using a rather creative excuse, but fails 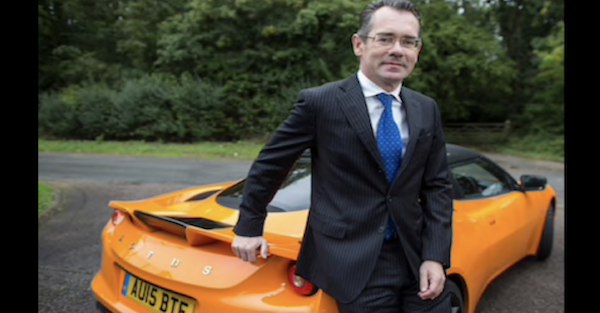 Lotus Ceo Jean-Marc Gales was recently pulled over going 102 mph in a 70 mph zone on the A11 highway near Lotus’ Norwich Headquarters, and this isn’t the first time he’s been in trouble with the law. Gales was caught going 96 mph on the same road back in 2014, and his driving record took a big hit.

His latest offense should have gotten him banned from driving on the A11 for one year according to UK law, but some pleading to the judge went a long way. Gale claimed that he needs to test drive the latest cars from Lotus and his attorney said “It’s in everyone’s interest,” that he receive only a 30-day ban. The judge agreed and told Mr. Gale to stick to the test track for high speed runs in the future.

As you can imagine, not everyone was happy with this decision and Joshua Harris, director of campaigns at road safety charity Brake, said this according to telegraph.co.uk:

?Driving over the speed limit is selfish, reckless and endangers lives. There is no justification for traveling at the speeds demonstrated in this case, and Mr. Gales should count himself lucky that he did not receive an additional six points on his license, resulting in a 12-month ban. Excessive speeding is a menace on our roads and the law should be used to its fullest extent, making clear that this kind of behavior will not be tolerated.?

Gales attorney, Simon Nicholls responded to the Telegraph saying that the judge made a ?common sense decision,? and “there are people out there doing far worse – someone driving at 35mph on their mobile phone is far more dangerous.?

Gale was fined about 800 euro, which in the grand scheme of things is nothing. Let’s just hope he’s learned a lesson here because he probably has access to the 196 mph Evora GT430, and according to his logic he’s going to have to take it out on a nice long test drive. You know, to make sure it was built right or something.

Related: The Lotus Evora is the most quirky sports car you?ll still need to own