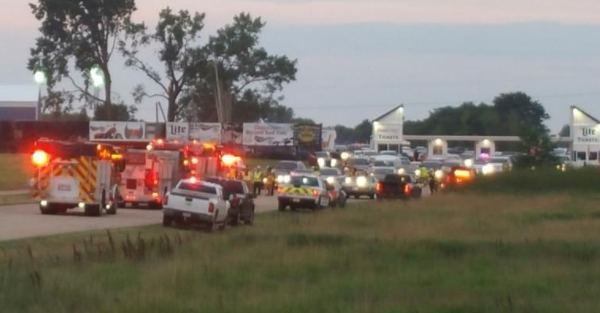 It’s been two weeks since three men were shot dead at a drag racing event in Wisconsin, and while authorities are still searching for the suspects, more stunning details have emerged.

The three men who were shot dead are suspected gang members with a criminal past, and the killer calmly and coldly pumped additional bullets into his victims to make sure they were dead.

The account comes from Kenosha County Sheriff David Beth, and was reported in the Daily Herald.

Police identified the victims as David Watson, 30, from Oswego, Ill., Khalid Howard, 30, from Aurora, Ill., and Derek Edwards, 26, from North Aurora, Ill. All  three had felony and misdemeanor convictions.

At the night of  “Larry’s Fun Fest,” a lone gunman approached the three men, and shot two of them. When the third man ran, the gunman tracked him down and shot him, too. He then returned to the two previous victims and shot them again.

“…He came back up and fired a few more shots into the two that were laying there,” Beth told the Daily Herald. “He had enough time and enough arrogance to go back and make sure that they were dead.”

One of the dead men was the son of a high ranking gang member.

“The reason I believe gangs were involved is because the three all belonged to a gang,” Beth said. “And they all seemed to be quite well-known by gang officers in the areas that they come from.”

The suspect, described as a 5-foot-9 inch black male between 20 and 30 year old, fled the scene, and authorities are asking for help in tracking him down.