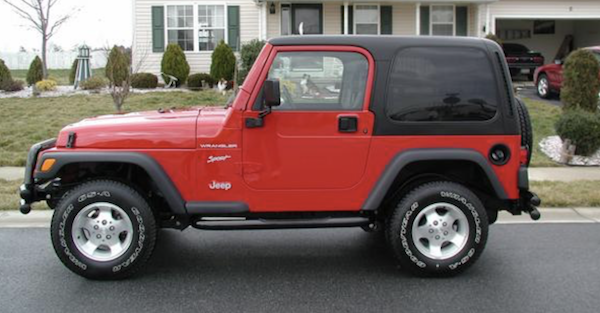 There are two kinds of car thieves out there. You have the more typical thief who steals cars for money by selling parts or the entire car. Then you have the kind who just likes to drive a different car around from time to time. In this case the thief was nice enough to replace their next victims car with a model 8 years newer!

According to the News-Gazette a 2002 Jeep Wrangler was stolen at a cemetery in Central Illinois and a 2010 Nissan Rogue was left in its place. Not really sure thats any kind of upgrade but hey at least they gave them something. The Jeep owner called the police and after running the Nissan’s plates it was determined that it was stolen in Kansas earlier this month.

Friday morning fireman in Dyer, Indiana responded to a call of a Jeep that had been hit by a two-mile long freight train. Turned out it was the stolen Jeep and they had just left it abandoned on the tracks to meet its ultimate demise.

Maybe next time they can leave something a lot cooler than a Rogue, is a new Z06 too much to ask for?