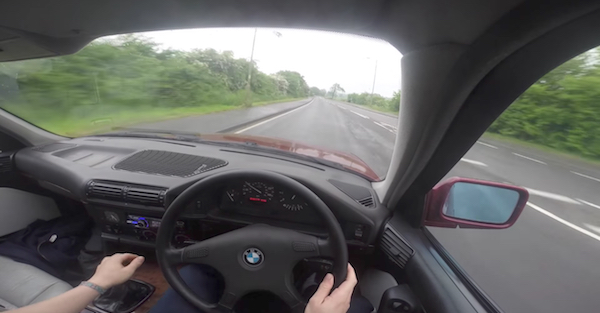 Daniel drives a 1992 BMW 5 Series. Daniel loves to drift (a lot). Daniel doesn’t always drift on an official track. Turns out that’s frowned upon by the police.

The driver in question, shown above, was getting off work from an overnight, when he saw an awesome, recently misted, just ready to be drifted upon, roundabout. Seems promising.