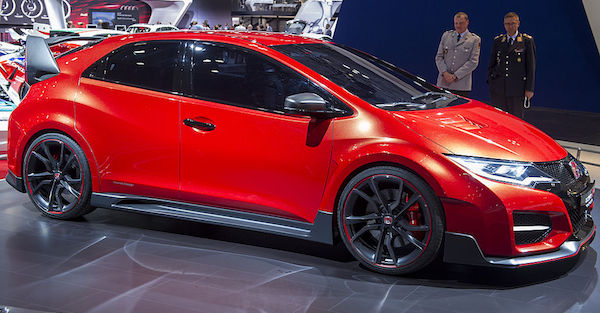 Greg Ellingson flew from Philadelphia to Boston to pick up his brand new Honda Civic Type R, and he got to drive it 151 miles. That’s it. Just 151 miles.

Ellingson had to ride home in a tow truck for five hours, and he barely got to enjoy his brand new car.

Related: A 16 year old car thief crashed into the last place he wanted to be

He also shared pictures of his car with Jalopnik, if you care to see a brand new car smashed and in terrible shape.

The car only had 12 miles on it before Ellingson picked it up in Boston. He was driving on Interstate 95 in Connecticut when the car crashed into him. He said he didn’t even see the other car coming, and the other car clearly didn’t see him.

Ellingson said the car’s HondaLink system, which is their version of OnStar, detected the crash and called a tow truck for him.

He told Jalopnik that he believes the other driver’s insurance will pay most of the $39,000 he paid for the car, and his own insurance will cover the rest.

“It really is an awesome car,” Ellingson said. “I didn?t even really get a chance to play with it.”

Ellingson hopes to find another gray Civic Type R after the insurance pays off his car.

That was terrible luck for Ellingson. Luckily he’s OK, and hopefully he gets a chance to own another one soon.