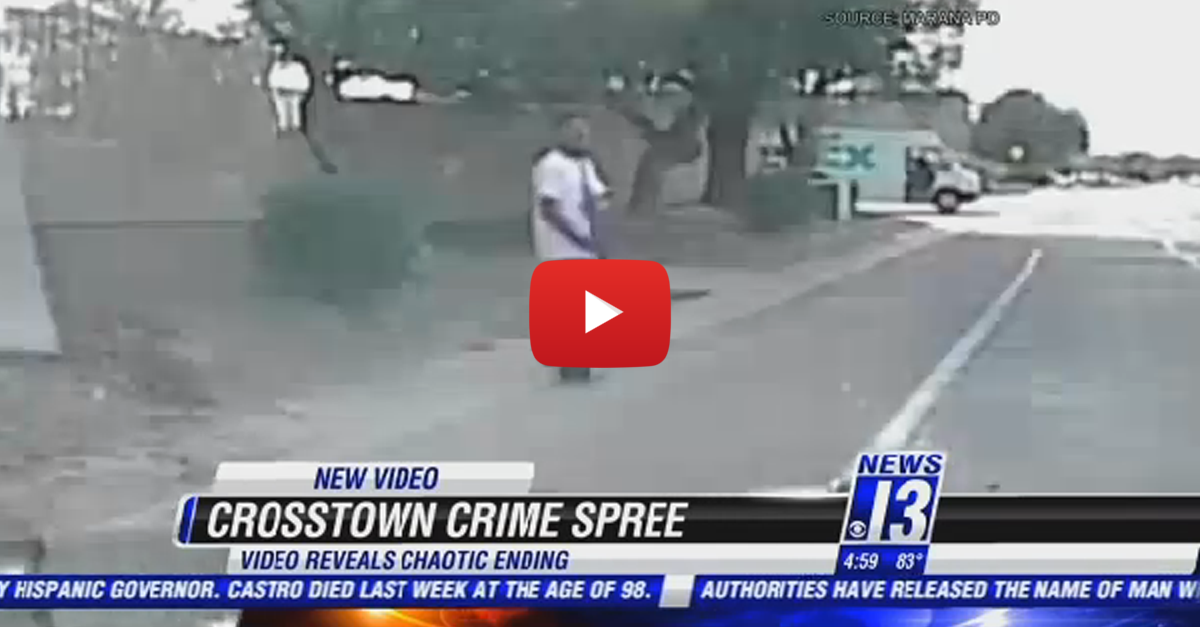 [youtube https://www.youtube.com/watch?v=DFcEMMZju7U&w=560&h=315%5D
In Tuscon, AZ a man allegedly stole a rifle from a Wal-Mart and began wandering the streets while pointing his gun at his head threatening suicide. The cops were already on him telling him to stop and calm down but he wouldn’t submit. He even fires a shot off getting past the trigger lock. As he’s about to begin walking towards several businesses, where officers were afraid he may try to take hostages, one officer decided to take action and mowed him down to stop him.