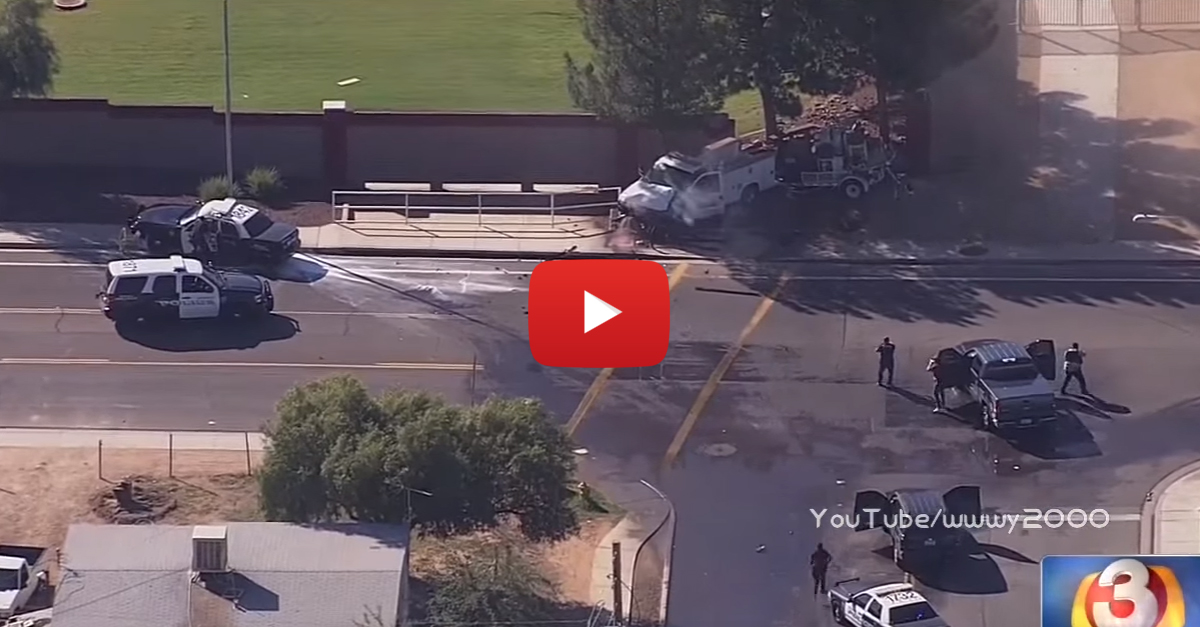 A local news affiliate had to break several times away from this live feed of a police chase. The suspect had stolen a utility truck that you can see him use to smash through a police blockade. He then gets out and start screaming and threatening the police until they’re eventually forced to gun him down on live television.