A 10-year-old goes on his second joy ride, and now, he’s in a lot of trouble 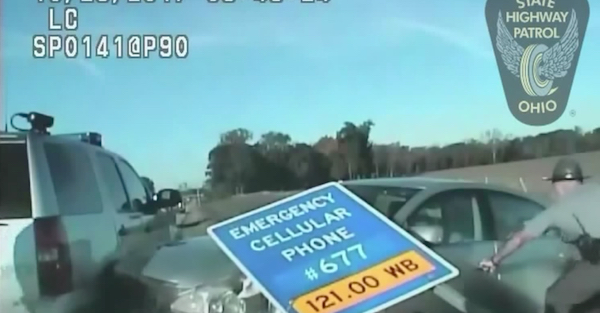 A 10-year-old boy could find himself in juvenile detention after police caught him taking a car on a joy ride — for the second time.

Fox 8 reported a 10-year-old was arrested in Cleveland after he took his second joyride in one of his parent’s cars. The child initially found a taste for driving fast when he took his mother’s Dodge Charger on a joyride. He told police he boosted the car because “he was bored” and apparently had nothing better to do.

Then, last Thursday, he initiated a high-speed pursuit with Ohio police, which at one-point reaches 100 mph.

Thankfully no one was hurt, and the 10-year-old was able to be safely taken into custody. Now prosecutors in Erie County have filed a delinquency charge against the child. Authorities thought about putting him in a juvenile detention center but instead release him to his mother, Fox8 reported.