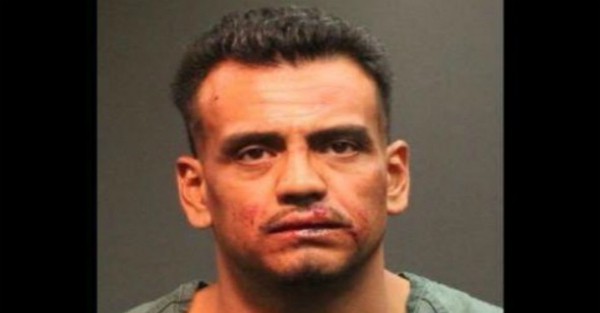 Imagine going to pick up your car at the dealership after having it serviced, and it’s nowhere to be found.

That’s exactly what happened when a California woman went to pick up her Ferrari 458 Spider from the the Ferrari & Maserati of Newport Beach service center in Costa Mesa.

Susan Friedman of Laguna Beach, went to the service center on Oct. 19 to get her vehicle, but to her dismay the employees couldn?t find it, according to the L.A. Times.

Santa Ana police stumbled upon a man at a gas station who was reportedly asking for money to gas up — of all things — a Ferrari 458 Spider. Immediately, the officers knew something wasn’t right. When they approached the vehicle, they noticed the nearly $300,000 car was in horrible shape. It was trashed, with cracked fins, a destroyed gearbox, emblems torn from the engine and body, missing paddle shifters, and vomit caked on the side, according to the L.A. Times.

RELATED: Car thieves claim to be given car keys by a man who has been dead for nearly 75 years

The suspect, Israel Perez Rangel, 38, of Santa Ana fled, but was later arrested after police found him hiding in some bushes at the entrance to a Holiday Inn. It was later learned that the car had been reported stolen nearly two weeks prior.

Rangel pleaded not guilty to felony charges of vehicle theft with a prior felony conviction of driving or taking a vehicle, grand theft auto with a prior conviction, and vandalism.

Friedman originally thought members of an organized crime ring stole the vehicle and it was bound for Asia in a shipping container.

“I?m like in a shock,” Friedman said. “This whole last month has been a nightmare.”

Surveillance video indicated Rangel was the person who allegedly stole the car from the service center according to Anthony Bertagna, spokesman for the Santa Ana Police Department.

Friedman’s insurance company paid her claim for the trashed luxury vehicle. She has since purchased a 2018 Lamborghini Huracán with the insurance money.