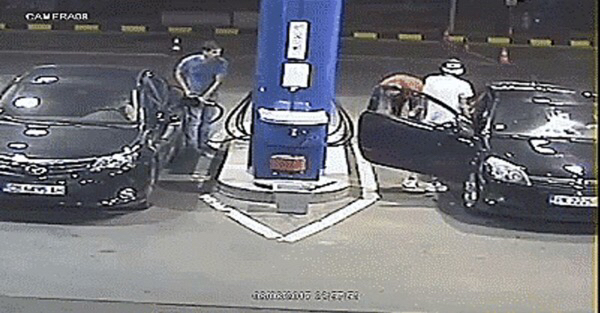 Some things in life just make sense…like skydiving with a parachute or keeping fire away from highly combustible chemicals.

A customer in Bulgaria doesn’t seem to think the rules of common sense–or those of the establishment–apply to him after he gets into an argument with a gas station employee for smoking a cigarette while pumping his gas.

One could say (justifiably so) the clerk overreacted to the idiot who thought it was smart to bring flames around octane by spraying him down with a fire extinguisher.

But if he thought it was a good idea to begin with, normal logic and reasoning likely wouldn’t have done the job, so kudos to the store clerk for saving his store and lives while looking like the most gangster gas station attendant out there.