Britain is done messing around with drivers using cell phones 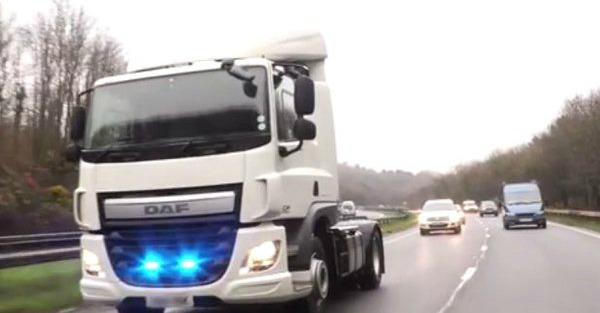 We have all seen someone doing it. Most of us are guilty ourselves. Using your phone while driving, for anything, puts the driver and everyone around them at greater risk of an accident. Whether it’s texting, setting the GPS, taking selfies, or even talking on the phone has been proven to divide our attention away from where it matters: The road. The British have had enough.

A new law, according to Car Throttle, looks to crack down on cell phone users, especially new drivers. If any driver that passed their driver’s test in the last two years is caught holding a phone in their hand (Hands-free talking is presumably still legal) will lose their license on the spot. The police are even driving around special unmarked semi trucks to better see offenders. In addition, the fines and license points for using a phone while driving have been doubled.

The unmarked HGV gives police a much better vantage point to see motorists texting and using their mobile phones… https://t.co/d16Kcnvc0n

Would you support similar laws stateside?

Related: [WATCH] Cops Pretending to Be Construction Workers to Catch People Texting Behind the Wheel