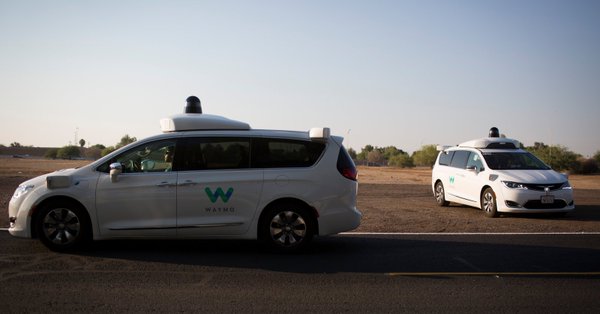 Waymo is preparing to upgrade its taxi fleet, currently still in the prototyping phase, to full autonomous status. Engadget reported they will eventually be operating 500 Chrysler Pacificas around Phoenix across “a region that’s larger than the size of Greater London.”

In the push to beat Uber into the driverless-taxi market, Waymo has announced that their new fleet of autonomous vans will begin operating in Chandler, Arizona, over the next couple of months.

According to Ars Technica, the taxis will initially have a Waymo employee in the driver’s seat. They won’t actually be driving the vehicle though, instead they’ll be there to press an emergency button to pull the car over in case anything goes awry. If all goes well, the employee will eventually no longer be needed.

If the launch goes as planned, Waymo will be ahead of Uber in the race to field an autonomous taxi service, which has run into some issues with its prototype service in Pennsylvania.