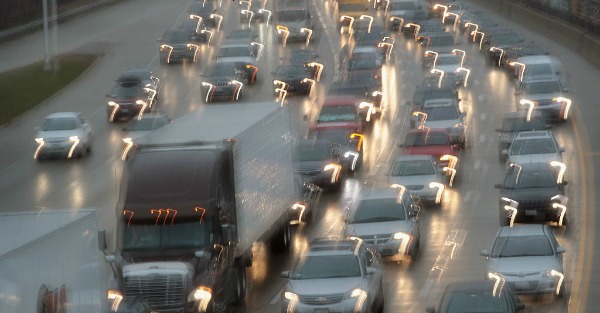 Long commutes to work or sitting in traffic are sometimes unavoidable perils of driving, and a recent study shows that being in your car for elongated periods of time is bad for your heart and your brain.

The study was conducted in Great Britain, and it focused on 500,000 people from the ages of 37 and 73 who participated in memory and intelligence tests over the course of five years.

“We know that regularly driving for more than two to three hours a day is bad for your heart,” Bakrania said. “This research suggests it is bad for your brain, too, perhaps because your mind is less active in those hours.”

Of the 500,000 people who participated in the survey, 93,000 of them drove more than two to three hours per day. According to the study, those people had lower IQ scores than other participants, and by the end of the study their test scores fell even further.

“Cognitive decline is measurable over five years because it can happen fast in middle-aged and older people,” Bakrania said. “This is associated with lifestyle factors such as smoking and bad diet?and now with time spent driving.”

The study also revealed that using a computer more than two to three hours a day is actually beneficial cognitively.

Bakrania said “cognitive skills were boosted” in people who are on their computers often, and it’s stimulating for the brain, whereas driving and watching TV aren’t as stimulating.

It’s an intriguing study, and there are likely effective ways to counteract having an idle mind while driving several hours per day.

NASCAR drivers probably want to avoid looking at this study.