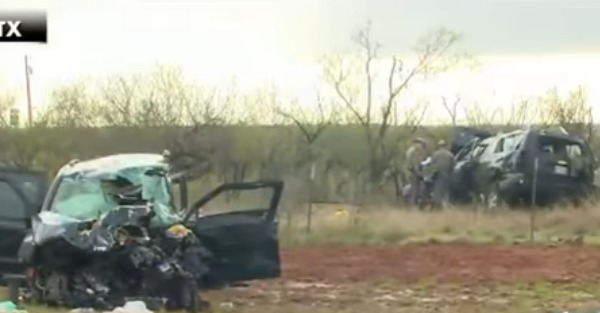 Three storm chasers were killed Monday in a violent car crash, and two were featured on the Weather Channel show, Storm Chasers.

Waking up to the devastated news of the tragic loss of Kelley Williamson and Randy Yarnall yesterday, who inspired my love for weather 😭😭😭🌪 pic.twitter.com/0g2tPrkhik

In a statement, the Weather Channel said Kelley Williamson and Randy Yarnall had passed away.

“This afternoon we learned that three people died in a car accident in Texas, including two contractors for the Weather Channel, Kelley Williamson and Randy Yarnall. Kelley and Randy were beloved members of the weather community. We are saddened by this loss and our deepest sympathies go out to the families and loved ones of all involved.”

The Fort-Worth Star Telegram reported there was a tornado warning in effect in West Texas at the time of the wreck.

According to the Texas Department of Public Safety,  Williamson was driving a Suburban SUV when he ran a stop sign and collided with a Jeep that was driven by Jaeger and in which Yarnall as a passenger. All three men died at the scene.

The weather community reacted with an outpouring of grief.

The deaths of Kelley Williamson and Randy Yarnall has struck another blow to the weather community. I hope a tribute is done for them soon. pic.twitter.com/qNSpEvMsi4

It is with a heavy heart we must morn the deaths of Kelley Williamson, Randy Yarnall, and Corbin Jaeger. God speed my friends, I'll miss you pic.twitter.com/YKZDS6ui4c