This Ford continues a history of love affairs with fighter planes 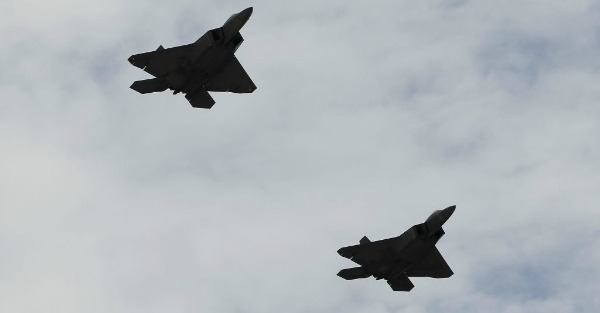 It’s quite possibly the most American thing to have ever happened, and it’ll only happen once. It’s the child of two fearsome raptors. One was born to rule the sky with it’s ability to fly, almost invisible, anywhere in the world. The other is a truck; it’s a nice truck, but how do you follow a stealth fighter? You don’t, because they are the most insane machines on the planet.

EAA AirVenture Oshkosh is prepping for the big Gathering of the Eagles at Wittman Regional Airport in Oshkosh, Wisconsin by building a truck that takes the Ford Raptor and bumps it up a few pegs.

The new custom Raptor will come with a custom light bar, body wrap, grill, and lift kit. And with it’s twin-turbocharged EcoBoost V-6, the Raptor will pump out 545 horsepower.

You’ll definitely never be able to afford an F-22, but you might be able to take home this truck instead. You just need to find a way to get yourself to Oshkosh on July 27th.

Related: The Super and Mega Raptors are for those that thought the F150 Raptor wasn’t tough enough