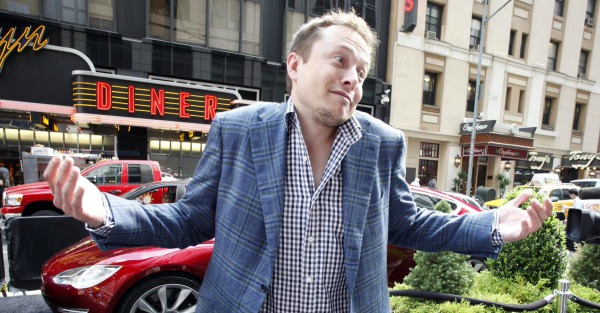 Tesla once again has hit a noteworthy milestone this past Monday. Valued at around $47 Billion dollars, the Silicon Valley Tech company headed up by Elon Musk has surpassed a company who?s 100 years its senior: Ford.

Ford, whose market cap is around $45 billion, has struggled with sales and negative press for a recall on its ever so popular F250 pickup. Apparently, the truck can roll away on its own while in park, ouch!

Tesla beating out Ford in market cap is nothing less that amazing, especially when you compare car sales numbers and the company?s overall profit.

Telsa sold 76,000 cars last year. Ford, on the other hand, sold 6.7 million. Tesla continues to report losses every year while Ford reports massive profits in the Billions. In 2016 we saw Ford?s second best year in company history at $10.4 billion in pre-tax profit.

So what gives? This all boils down to potential growth and perception. Tesla is looked at as the wave of the future. Much like the Apple?s IPhone was to cell phones, Tesla?s at the head of an ever-so-certain future of self-driving electric vehicles. They are also hedging their bets with battery production. Plans of three more ?Gigafactories? are in the works. With most all other auto manufactures rushing to lay down roots in the electrification of cars, many batteries will be needed. Where will they all turn?

Wall street is looking for a game changer. Companies like Ford and GM, although finally financially sound, don?t provide the ?wow factor? many investors are looking for.

So, who?s next on Tesla?s list? GM is not too far off when speaking market cap. They?re valued at around $51 billion. With Model 3 production starting this year and record sales being recorded, it?s very feasible for Tesla to come out ahead of GM soon.

There?s only one thing at Tesla that?s higher than their stock price, and that?s Elon?s confidence it will climb even higher. Check out his tweet on Monday putting those on Wall street who bet against him on notice: