These madmen are building a naked C5 Corvette 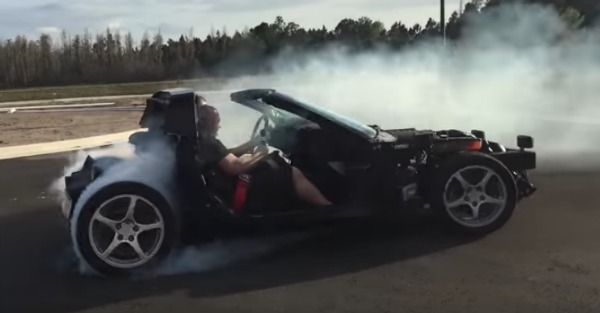 If you had a chance to buy a 2001 Corvette with only 32,k miles for $5,500, you might be skeptical. When you see that this ‘Vette has a salvage title and no body, it starts to make a lot more sense. This guy has bought this bargain Corvette with the intention of building it with suggestions from his Youtube channel. In its current form, it is a bit of a death trap, with partial seat belts, no doors, and balding tires. A cage and some tlc could take this rolling death machine and turn it into a properly insane track car.

He better hope he doesn’t get rear ended before figuring out the rear bumper situation though, or that cool feature of the transmission being in the back will quickly be the project’s downfall.

Related: This Corvette conversion makes for the coolest “wagen” ever