The Hummer is back, but you’ll need a plane ticket to buy one 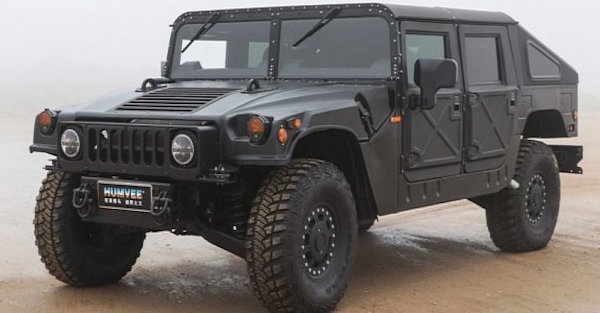 “If they?ve got everything else, why shouldn?t they have one of these?”

That’s the reasoning John Costin, president of Humvee Export, gave Car and Driver for bringing back the knock-off version of the H1 for the Chinese market. Although, the Humvee C-Series is a pretty legit “generic.”

Bob Lutz, an auto-industry visionary, spearheaded the revival of the least practical vehicle created in the last 30 years, inspiring people who hate occupying one lane the world over. The new C-Series’s 6.5 liter V-8 comes in several models, ranging from 190hp to 250hp, but you’re pretty much going to peak at 5 mpg no matter what, not that buyers were too worried about that.

U.S.-based H1 enthusiasts are going to need to learn to cope with a Hummer-less life, because the C-Series won’t be gracing U.S. shores. You see, GM is still producing the military-spec version of the Humvee, meaning that the C-Series doesn’t pass the Low Volume Motor Vehicle Manufactures Act.

At least it’s still made in Detroit.

Related: Car blogger bought a PT Cruiser off Cragslist, simply to crush it with his Hummer