An irate man jumps on the hood of a school bus, and it goes downhill from there 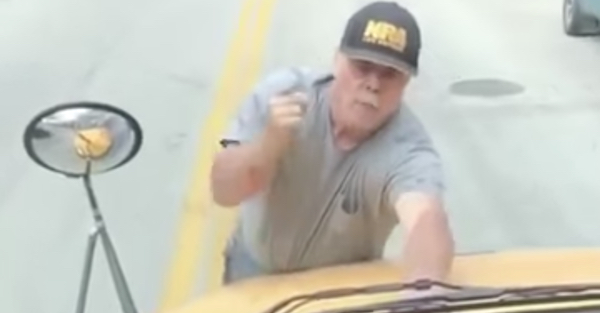 Why would a 68-year-old man jump on the hood of a school bus and shout at the driver to open the door?

That’s what Leverne Doran will have to explain to the judge.

Doran was arrested after he was caught on video slamming the hood of a school bus yelling, “open the door!” while frightened school kids yelled, “Oh my God.”

ABC-13 reported that Doran thought someone from the bus threw a bottle at his truck.

Luckily, an off duty police officer was nearby and stepped in. Doran was arrested and faces charges of disorderly conduct and destruction of property, ABC-13 reported.