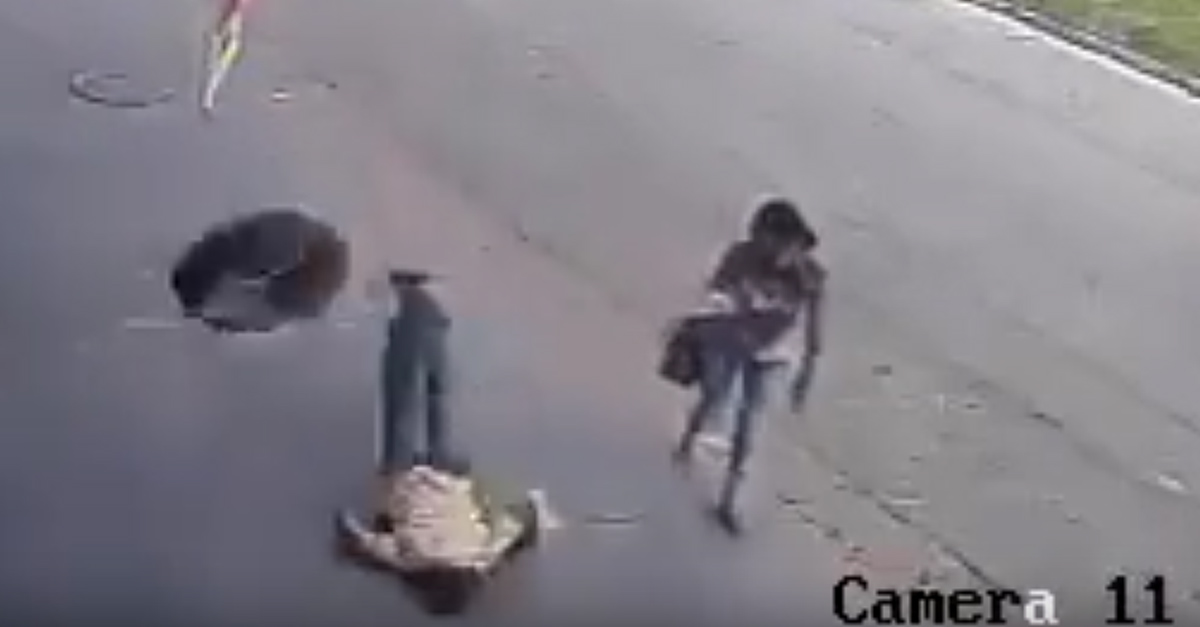 An absolute freak accident that left a 50-year-old man in the hospital was captured by a CCTV camera in Ipatinga, Brazil. Roberto Carlos Fernandes was walking along the road with his wife when a devious tire tried to take his life after bouncing across a divide highway. Despite it’s best attempt, the rubber assassin was unsuccessful and Fernandes survived with a fractured skull. He’s now in stable condition and says he “feels much better” according to the Daily Mail.