Don’t dare mention the Stinger in front of Genesis’ boss 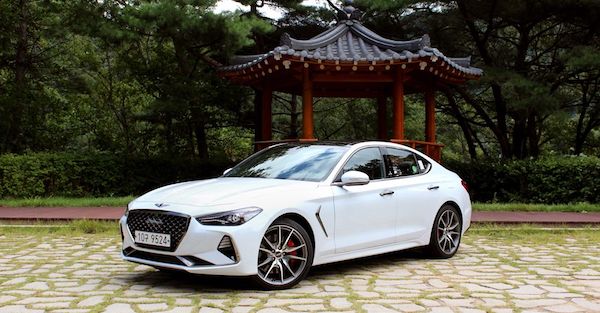 It seems the main differences between the Kia Stinger and the Genesis G70 are the price tag and the badge. But that doesn’t mean that Genesis leadership won’t try to snub the Stinger at every possible opportunity. Senior Vice President of Genesis Manfred Fitzgerald won’t even acknowledge any similarities between the two cars, according to The Truth About Cars:

“I don?t look at the Stinger. We?re focusing on something totally different.?

The two cars are built on the same platform, will share the same show rooms in some cases, and are being released around the same time. Aside from badge and price, the only other really big difference is that the Stinger is a hatchback, which isn’t nearly as possible in the U.S. market.

Still it’ll be interesting to see if consumers feel strongly enough about that to shell out extra cash for the G70.