A man’s car was sold without permission while he was serving his country, and that’s just the start 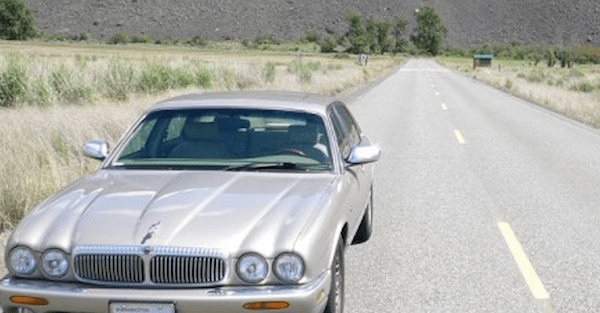 This story will get your blood boiling, you?ve been warned.

Philip Corsano used to own a 1988 Jaguar Vanden Plas XJ8 sedan. Actually, he may still own it technically, but we will get to that.

Corsano, 61, was out at sea contracted by the U.S. Navy when he got word that his Jag had been towed for being parked on the street outside of his Seattle home for more than 72 hours. Because he was out of the country at this time, he couldn?t do much about it. Corsano gave power-of-attorney to a relative to pick up the car from the tow yard, but according to the tow company, no one ever came. According to the Seattle Times, the tow company said:

?We regret Mr. Corsano?s situation, but are not liable for the vehicle not being redeemed.?

A month later the tow company auctioned off the car and Corsano, who was 5,000 miles away on a ship, just had to take it. State law says that had Corsano been admitted to a hospital, they would not have been able to sell it at auction. Serving the U.S. Navy, on the other hand, you?re screwed.

At this point, you would think this couldn?t get any worse because the car isn?t his anymore. Well, things got much worse when he returned to the states and found out someone had been racking up parking tickets and toll bills in his name. The new owner never registered the car, so technically it was still Corsano?s. When he contacted the Seattle municipal court, their response was essentially, ?tough.?

?My car is sold against my will, and someone?s out there joyriding around in it, but they all say ?doesn?t matter, you have to pay,??? Corsano says.

After a $450 ticket for parking in a disabled parking spot, Corsano had enough saying to the Seattle Times:

?What kind of an insensitive moron parks in a disabled spot??

The disabled parking spot ticket was issued over a month after the car was auctioned off, but the response from the city was again, ?tough.?

?Whoever was driving your car stated to the parking officer that they did not have a disabled placard in the vehicle,? a court compliance officer wrote Jan. 8. ?Since you were the registered owner on the date of this ticket, you are responsible for payment of this ticket.?

The only thing the court got right was adding a note in the file stating that the car was sold off while Mr. Corsano was thousands of miles away. Unfortunately, that didn?t mean anything because he was still stuck with the bills. Corsano is convinced that City Hall doesn?t have any humans working there, and it’s just a big box that sends out collection notices. Considering all that?s happened, he?s probably right.

Corsano brought up another good point which is that someone is driving around in an illegal car since you are required to register any vehicle you purchase. He added:

?What if the car kills somebody; will I be liable for that, too??

Danny Westneat, the columnist at the Seattle Times, went as far as to run a search through the city?s database using the license plate number. Naturally, he found yet another ticket, this time for expired plates. Westneat drove to the listed address on the ticket and low and behold; he found the Jaguar. Westneat shared this info and a picture of the car with Corsano, so maybe, just maybe he can call the police and get this all straightened out. Considering how horrible the city of Seattle has been, he?ll probably get hit with a few more tickets before this is all said and done.