The Hummer H3 may be a better option than you think 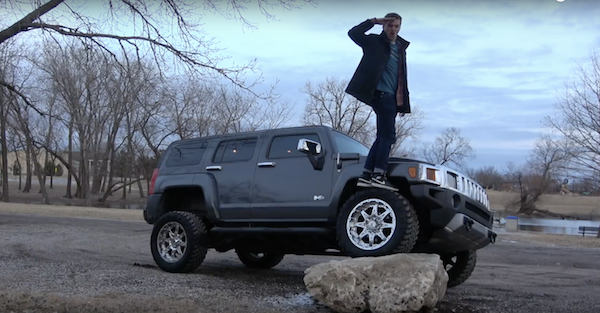 When the Hummer H3 came out in 2006, it was destined to fail, and it did. The H3 and the H2 were meant to duplicate the look of a real Hummer, but most people thought they were ugly and embarrassing. Especially the yellow ones, ewww.

The H2 was short lived as Hummer was completely discontinued when GM had to file for bankruptcy during the great recession. Sales of the H2 had dropped drastically by then, and the truck was deemed a total failure. Tyler Hoover from the YouTube channel Hoovies Garage, found an H2 at a local auction and decided to give it another chance. He was able to look past its many shortcomings and found the H2 to be quite a bargain and oddly well built.

In this video, Tyler shows us around an H2 and lays out a pretty convincing argument as to why these may be a great option for those who don’t want to pony up for a used Jeep Wrangler Unlimited. With its chassis borrowed from the Chevy Colorado, an optional V8 and cool features like underbody armor; it’s too bad people didn’t give it a second chance when it was new.

Enjoy the video and then go check out used prices on the H2. Tyler found 160 of these on Autotrader, and the average price was less than $10,000. Not too bad if you can stomach the stares and weird looks from the green crowd who think you’re destroying the planet with your gas-guzzling Hummer. Well, you kind of are.