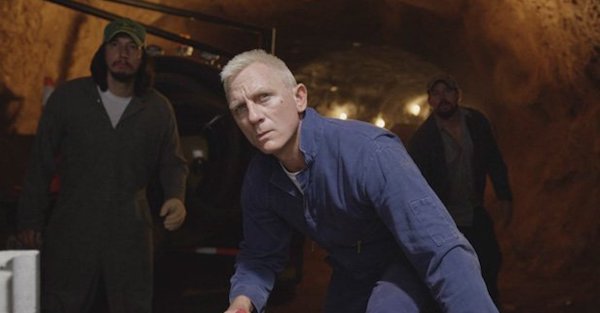 What happens when you mix an A-list cast, the director of the the Ocean’s series, and NASCAR? A damn good heist movie is what.

Every person alive, that matters, loves a heist movie. It’s a timeless theme in Hollywood, and when you combine it with the comedic stylings of Steven Soderbergh, you’re guaranteed a hit, even if you are in-car-cer-ate-ed.

Hilarious, right? You bet your left arm it is.

The star-studded cast makes its premiere in August, and you should see it no fewer than three times, eight if you’re a fan.

To top everything off, the trailer premiered at the actual Coca-Cola 600 at Charlotte Motor Speedway. As far as everyone knows, the track hasn’t been robbed yet, though. Guess that is going down in August.

Related: There is finally a movie that doesn’t rely on CGI for its awesome stunts