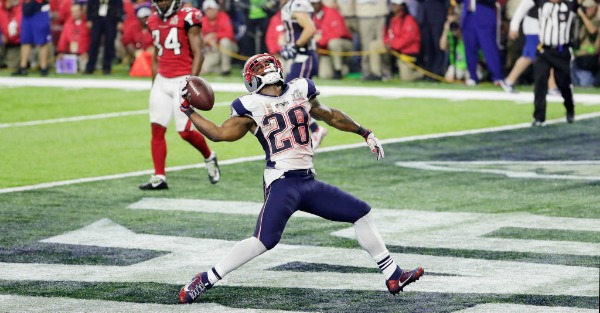 After Super Bowl 49, MVP QB Tom Brady was awarded a Chevy Silverado but thought CB Malcolm Butler deserved the MVP award instead. So Brady did what any good teammate would do and gave Butler the keys. Two years later, Brady again won the Super Bowl MVP and was asked if he would give away his truck this time, too. Brady told the reporter that he thought RB James White deserved to be awarded with a truck after setting Super Bowl records by scoring 20 points and securing 14 catches. Whether he deserved it or not, White was not going to be receiving a truck for his performance. TMZ reported that, since Chevy was not a sponsor for the Super Bowl, there was no truck to give.

Conan O’Brien had the super bowl hero on his show and, along with Ford, decided to right this injustice. White was presented with a new Ford F-150 on the show and Conan offered to ride with him driving it home. A 42 hour, 3,000 mile drive would certainly be enough to break in his new ride, but White indicated that wasn’t going to happen.

Related: Tom Brady won’t give away his MVP truck again