Man goes after two women in traffic dispute, and lives to regret it 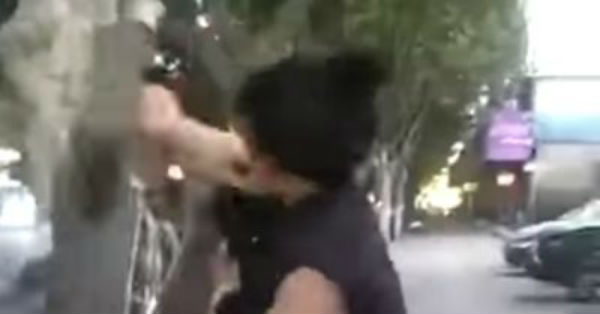 According to the title of the video, a parking dispute led to this incredibly awkward fight between a man and two women. The video doesn’t capture anything that led to the dispute, and it’s unclear what anyone is really saying here, but the whole situation spins out of control quickly once fists and hands start flying.

No one really seems to walk away from this as a winner, and the whole fight resolves without any real confirmation of what was going on, or who was initially at fault.

One thing’s clear, it’s probably best to resolve any traffic dispute in a way that’s as far removed from this as possible.