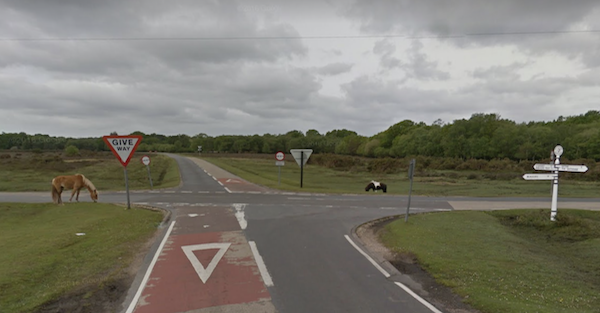 We live in a world obsessed with allowing computers to make many of our most important decisions. This is extremely evident in the automotive industry as the idea of autonomous cars becomes more accepted by the public, and more money is invested into research by automakers.

Modern safety features like blind spot assist, forward collision avoidance and lane keep assist are welcome additions, but signal a change soon to come. Even with these lifesaving gadgets, it?s still important to teach young drivers the basics of driving un-assisted, yet virtually no drivers ED classes include training for a rare but deadly phenomenon called ?constant bearing, decreasing range.?

CBDR is normally used to describe a situation at sea where it?s easy to think that two vessels traveling in different directions would not collide. Because the vast open sea does not have solid visual clues like buildings and street signs, the vessel traveling at a faster speed can overtake and collide with the slower vessel. Here is a visual for anyone super confused right now.

On the road, this can happen when a motorist and a cyclist are approaching the same intersection, at different speeds, tangent to each other and on separate roads. If the sightline in the car is blocked by say a large a-pillar, a tree or building, the driver may not see the cyclist until its too late. Subsequently, the geography could block the view of the cyclist as well making the situation even worse.

A perfect example of this would be a deadly intersection in Hampshire, England. The English intersection, Ipley Cross, was described by BoingBoing.net as one the most dangerous intersections for a cyclist in the UK. The two roads meet at a 69-degree angle, which seems to create sightlines that are blocked by a vehicles A-pillar. According to BoingBoing.net, there have been two fatalities at the intersection, and the suggested remedy to the issue has been the reduction of speed for both motorist and cyclist.

This phenomenon requires a ?perfect storm? situation and is normally taught in aviation and sailing, but a brief overview in drivers ED wouldn?t hurt. At the very least intersections like the one in the UK should be clearly marked with warning signs miles before approaching. One day even dangerous crossings like this one will be navigated by computers, let?s hope they’re up to the task.