Coke took on women drivers, and the reactions were all too predictable 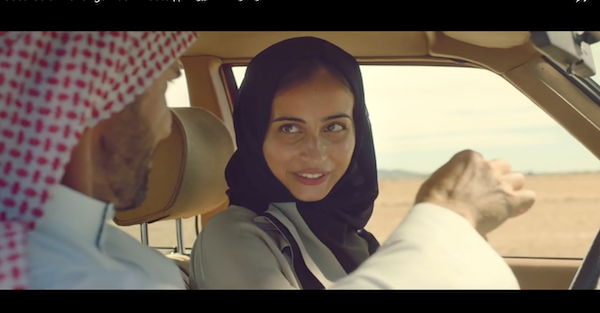 Coca-Cola just released a new T.V. commercial in Saudi Arabia, showing a father teaching his daughter how to drive.

The light hearted, and funny commercial shows the father happily handing the keys to his old stick shift Mercedes to his daughter. She smiles and then proceeds to do what we?ve all done the first time driving stick, stall the engine. The dad comes up with an ingenious idea of putting a bottle of Coke on the dash, hoping that would motivate her to start out slowly and smoothly. To our delight it works, and the proud father and daughter drive off.

The commercial brings a smile to your face immediately as it wasn?t until this year that Saudi Arabia lifted the ancient ban on women drivers. Coke?s tagline for the commercial is ?Change has a taste,? which ties into their global tagline of ?Taste the feeling.? Reactions on Social media have been somewhat of a mixed bag. Some see it as a great way to recognize and celebrate the historic moment in women?s rights, while others just see it as a greedy corporation exploiting women?s rights for financial gain.

I think CO is trying to capitalize, thus promote the positive, alleged new changes, in Saudi Arabia. I fail to see the outrage. At least dad didn’t beat her face in with the coke bottle after spilling a couple drops.

It’s that stupid Coke ad with a Saudi woman driving a car, the idea is that Coca-Cola is “part of change” but it’s just BS to sell products.