Chrysler’s coolest Easter eggs are really only about one thing 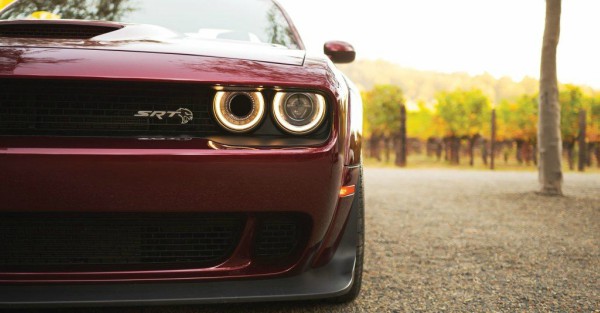 Doug DeMuro isn’t going to miss a quirk or a feature, and he uncovered a pretty cool one in the Dodge Demon and the Jeep Wrangler that he reviewed recently. Specifically, he found a cool thing that FCA is doing with some of their products: Adding little car-specific graphics on their windshields. Like these:

Awesome little details to be sure, but is it just Chrysler having a bit of fun? Of course not. At least, that’s not the whole story according to Doug. DeMuro got an e-mail from an industry ‘insider’ that told him, “Because the logo is trademarked, third-party suppliers can’t supply it. FCA found that just that little graphic made owners roughly three times more likely to a replace a windshield with a Mopar part (as opposed to a generic windshield) as they had been before that graphic was added.”

There it is. We knew that a company wouldn’t do something just for kicks. While it is a nice touch that serious car guys and gals will enjoy, anything that costs more money to produce will have to really be worth it to get pass the accountants. Of course, printing an extra graphic in the corner of the windshield doesn’t add a lot of cost, so the added benefit of making customers more likely to buy OEM parts is more than enough to get approved.

Dealerships make most of their money in parts and service, selling the cars is only one part of the whole business, so ensuring that each cracked windshield returns to the dealer is just good business.

Customers don’t necessarily HAVE to buy the OEM windshield, but the added incentive of keeping the original graphic is just enough.

Related: Learn how to repair that chip before it destroys your windshield