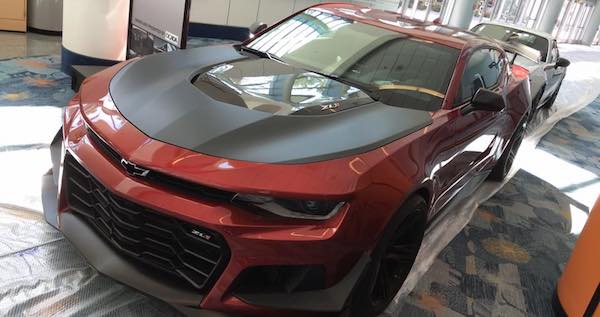 It’s not a question that many people have been finding themselves pondering over, but the GM Parts Center has deigned it appropriate to compare which is better: 2018’s Camaro ZL1 1LE or Santa and his sleigh.

How Does Santa’s Sleigh Compare To The 2018 Chevy Camaro ZL1 1LE? https://t.co/1EKnZRPDWg via @gmauthority

The two vehicles rely on very different power systems. One of them, the sleigh, is dependent on Christmas cheer and whatever is mixed into holiday cookies to go an estimated 2.3 million mph. Meanwhile, the Camaro draws its power from a 6.2 liter LT4 V8 to hit a top speed of 181 mph. It’s a little slower than the sleigh, that’s for sure, but it probably sounds much better.

Everything else from the transmission, 0-60 speed, and carrying capacity are also as different as they could possibly be. The sleigh is capable of carrying gifts for every child in the world, while the Camaro is really confined to whatever you can shove in the trunk.

Everything taken into consideration, the Camaro is much more attainable, though, as the Sleigh is the ultimate collectors edition with only one made in all of human history.

Related: The 2017 ZL1 has officially changed the narrative on Camaros