Cars 3 features a who’s who of NASCAR personalities 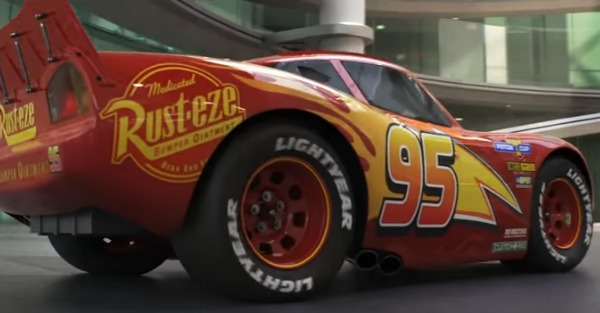 Cars 3, the Disney/Pixar movies, is scheduled to hit theaters on June 16. According to the plot summary, as written by Pixar:

Blindsided by a new generation of blazing-fast racers, the legendary Lightning McQueen is suddenly pushed out of the sport he loves. To get back in the game, he will need the help of an eager young race technician with her own plan to win, inspiration from the late Fabulous Hudson Hornet, and a few unexpected turns. Proving that #95 isn’t through yet will test the heart of a champion on Piston Cup Racing’s biggest stage!

As amazing as that sounds, there’s even something more amazing — the bevy of NASCAR  personalities and legends who  have a role in the film. According to Fox Sports, you can expect to hear all of those voices, and more:

He plays Ryan “Inside” Laney, who’s known for his passion for the sport.

He plays Chase Racelott, who takes advantage of top-of-the-line technology

The former president of the Charlotte Motor Speedway plays a team  owner.

He plays  Darrell Cartrip, a veteran announcer who also appeared in the first two Cars movies.

“The King” plays Strip ?The King? Weathers, the crew chief for his nephew in the movie, Cal Weathers.

He plays Jeff Gorvette, whose dominance by way of top-10 finishes is unmatched.

He plays Bubba Wheelhouse, a who tears up the track with his speed.

There already seems to  be some good-natured ribbing going on, too.

What an honor to be joining the @pixarcars group! Very cool opportunity, be on the look out for Bubba "Wheelhouse" 😏 pic.twitter.com/TucKyM3Jn1