Iconic Aerosmith Tour Van Discovered After Being Hidden for Decades 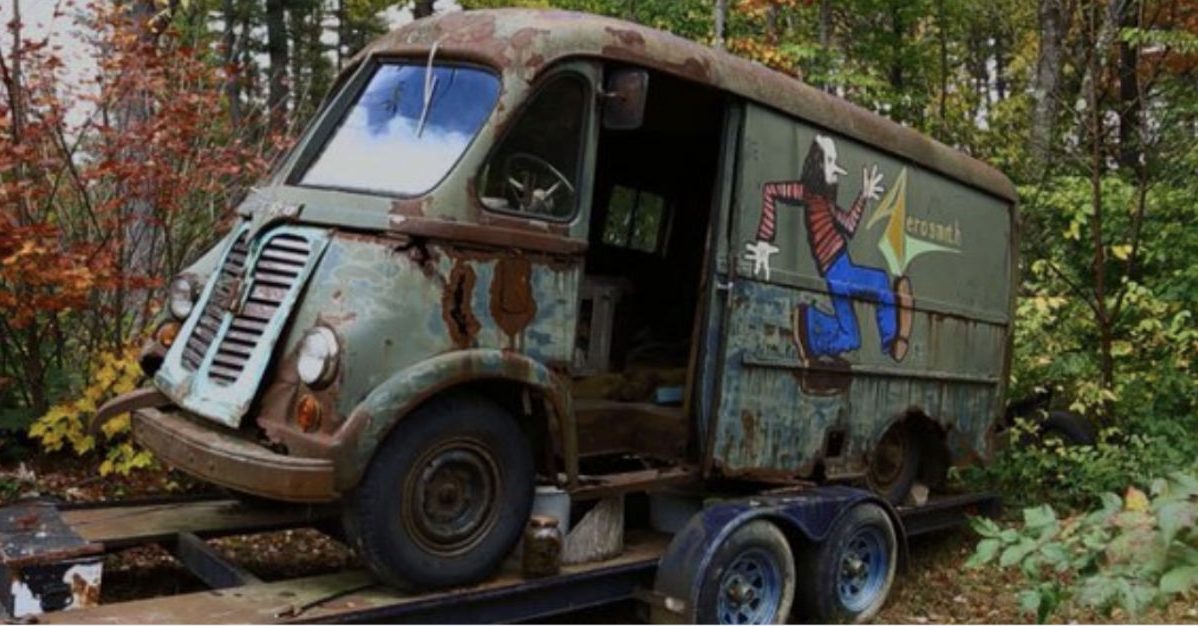 In what is sure to be incredible news for fans of rock ‘n roll history, the original tour van of the legendary rock band Aerosmith, after decades of being hidden, was finally uncovered by the hosts of History Channel’s American Pickers.

During their early touring days in the 1970s, the Aerosmith band members rode around in a 1964 International Harvester Metro van, and while they would go onto bigger and better vans and eventually would fly around in fancy jets as they grew in popularity, the original Aerosmith tour van was a stark reminder of the band’s humble beginnings and early days on the road.

After a trip to the small Massachusetts town of Chesterfield (about 100 miles west of Boston), American Pickers hosts Mike Wolfe and Frank Fritz came upon the van, bringing an important piece of music history back to the forefront.

After 45 years rusting away in woodland near Chesterfield, Massachusetts, US, Aerosmith’s first tour van (1970-73) has been found & featured in an episode of US TV’s ‘American Pickers’.
The 1964 International Harvester Metro was verified legit by co-founding member Ray Tabano. pic.twitter.com/K3HT05VDRj

Having pulled the van from the dirt next to his property with the help of his son several years ago, a Chesterfield resident known only as Phil contacted Wolfe and Fritz to see if the van belonged to the actual band itself or was just a fan’s tribute. The American Pickers duo in turn got in touch with founding Aerosmith member Ray Tabano, who confirmed the van’s authenticity.

?I?m afraid to say how long it is, but it?s like 40 years since we?ve been in this thing,? Tabano said in the episode, which aired on July 30.

?I just flash back to when we first started the band, ?cause it was an amazing thing, you know. All of a sudden, here?s this thing that you know, we lived in. It was like our dressing room, you know, it was like a rolling hotel.?

After learning of the van’s historical importance, Phil ending up selling it to the pickers for a cool $25,000. What an awesome discovery for rock and roll history!