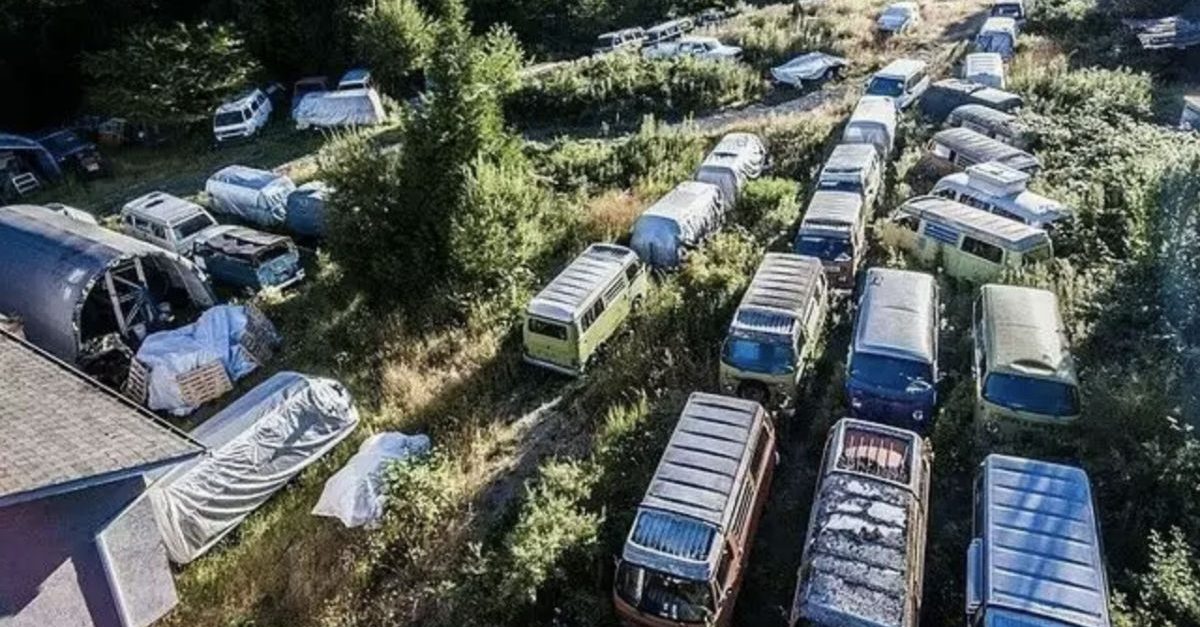 I don’t pretend to understand the inner workings of hardcore collectors or hoarders, but I’ve seen enough TV shows and read enough online articles to know that there are plenty of folks out there who are all about that lifestyle.

But, while most of these types of people tend to just let their collections rack up dust, one Canadian van hoarder is hoping to actually make some money from his extensive Volkswagen Westfalia collection.

Known only as Rob, the Volkswagen camper van collector posted a for-sale ad in mid-February that listed 55 Westfalia-converted Type 2 and Vanagon campers for a grand total of $350,000. For all you math geniuses out there, that’s around $6,363.63 per camper van. Which technically doesn’t really matter, since Rob is looking to sell the entire lot all at once. Oh, and it’s $500 just to simply look at the vans. So, you better have all the moolah on hand if you’re serious about cutting a deal.

Buy “Van Dwelling Basics: How to Live in a Van on Any Budget” on Amazon!

While several of these Volkswagen buses look to be very well past their prime, Rob promises that each Westfalia camper van is in good condition. Now, $350,000 may seem like a lot to spend on a bunch of old-looking conversion vehicles, but they’re actually a hot commodity for hardcore collectors, particularly due to the pop-top roof and the number of other features that have been added onto the vans over the years, such as stoves, sinks, and refrigerators.

The Westfalia-Werke conversion company out of Rheda-Wiedenbrück, Germany started cranking out VW campers back in the 1950s and officially ceased production in 2003. So, if you’re a collector with a lot of cash and a soft spot for incredible history (oh, and enough space for 55 converted camper vans), then, well, you’ve probably already clicked on the listing by now.