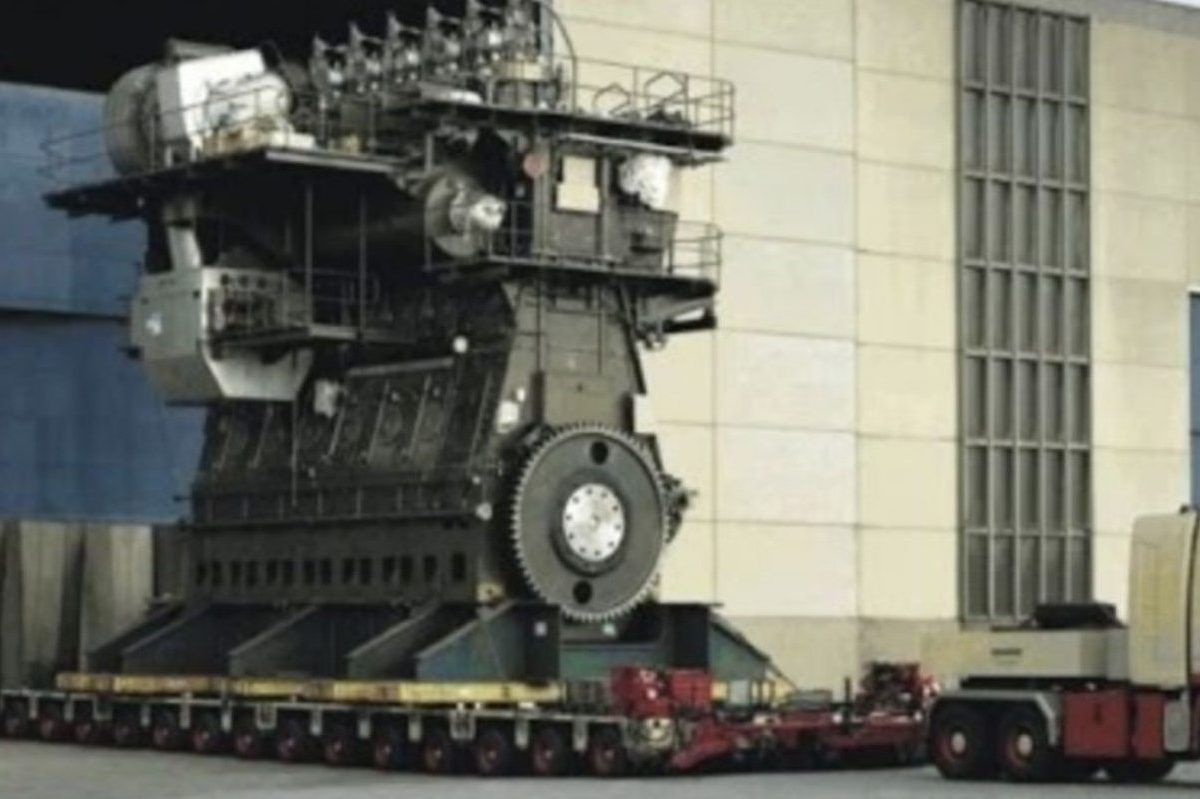 The largest diesel engine in the world today boasts specs that are nothing short of intimidating.

At 44-feet tall and 90-feet long and weighing in at a monstrous 2,300 tons, the Finnish-made Wärtsilä-Sulzer RTA96-C churns out a whopping 109,000 horsepower and is designed for large container ships that run on heavy fuel oil. It first set sail in 2006 in the Emma Mærsk, which, at the time of its launch, was the largest container ship ever built. A fitting pairing, no doubt.

Read More: Check out What the Inside of a Working Combustion Engine Looks Like

With both a six-cylinder and a 14-cylinder version, the two-stroke turbocharged low-speed diesel engine may look similar to the older RTA96C engine, but functions at a much more efficient level. It uses common rail technology — aka a direct fuel injection system for diesel engines — rather than traditional camshaft and fuel pump systems. This not only creates maximum performance at lower rpms, but also reduces fuel consumption and emits lower levels of harmful emissions. Pretty sweet, right? Here’s more on that.

For comparison, most automotive and small aircraft engines have BSFC figures in the 0.40-0.60 lbs/hp/hr range and 25-30% thermal efficiency range.

Even at its most efficient power setting, the big 14 consumes 1,660 gallons of heavy fuel oil per hour.

If all those numbers and abbreviations are making your eyes glaze over, check this out: The Wärtsilä-Sulzer RTA96-C is the height of a four-story building and about 130x more powerful than a Dodge Challenger SRT Demon. Can you say beast mode?!