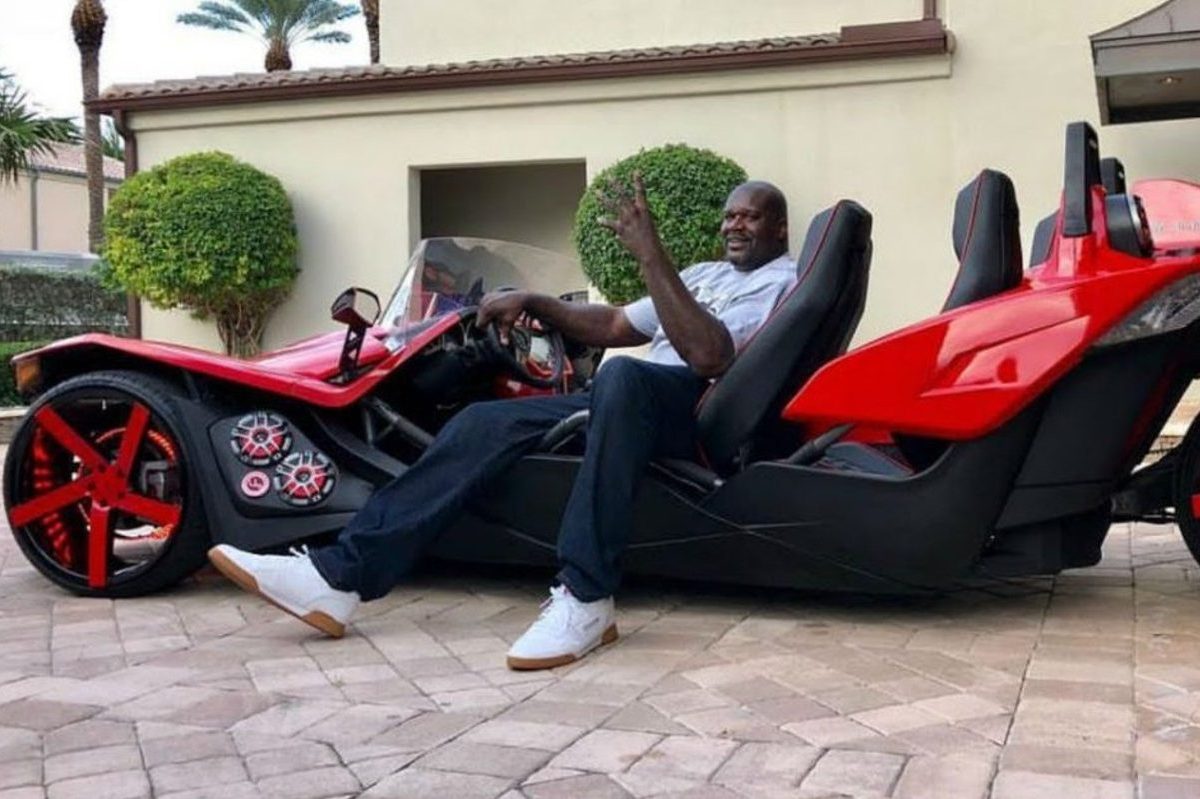 The Polaris Slingshot has become a popular option for vehicle customizers, but Shaquille O’Neal’s creation might be the most extreme. Not long after the Polaris Slingshot came out back in 2018, the former NBA star and current Inside the NBA host had one stretched and customized to fit his 7?1? frame.

Well, it appears that Shaq needed a little more passenger space from his three-wheeling Slingshot, fittingly called the SlingShaq.

On June 29, 2018, the Sarasota, Florida-based Underground Autostyling unveiled Shaq?s new Slingshot that doesn?t just allow him to fit behind the wheel, but it also adds a pair of seats in the back, making the ride a four-seater. There?s no word as to how much length was added to the Slingshot?s wheelbase, but the stretched Slingshot still has decent proportions. Just take a look!

Read More: There Is Only One Truck Big Enough to Be Shaquille O’Neal’s Daily Driver

The project started with a Slingshot SL, and the interior was upgraded with quilted leather seats and red accent piping. It?s hard to tell how the front seats retain a three-point harness, though.

Aside from the seats, the 4-seater Polaris Slingshot (which Shaq unveiled at the 2018 SEMA show in Las Vegas) also received a custom sound system, including an 18-speaker sound system with 10-inch and 12-inch subwoofers and a 28-inch overhead sound bar with four 6.5-inch speakers. That’s a whole lot of bass. But, for a music-loving guy like Shaq (a.k.a. DJ Diesel), it’s just the right amount.

The whole look is finished with a bright red paint job and color-matched, five-spoke wheels. We can only imagine how much Shaq paid for this custom Polaris Slingshot, but the end result is impressive.

Now, this wasn’t the first time that Shaq had a Slingshot custom built for him. Back in 2016, the guys over at West Coast Customs built something for Shaq that almost brought a tear to his eye.

Wow! What a reaction. Find someone who loves you as much as Shaq loves custom Slingshots, and you’ll be in pretty good shape.