Nissan Modified a 370Z Roadster Into a Snowmobile 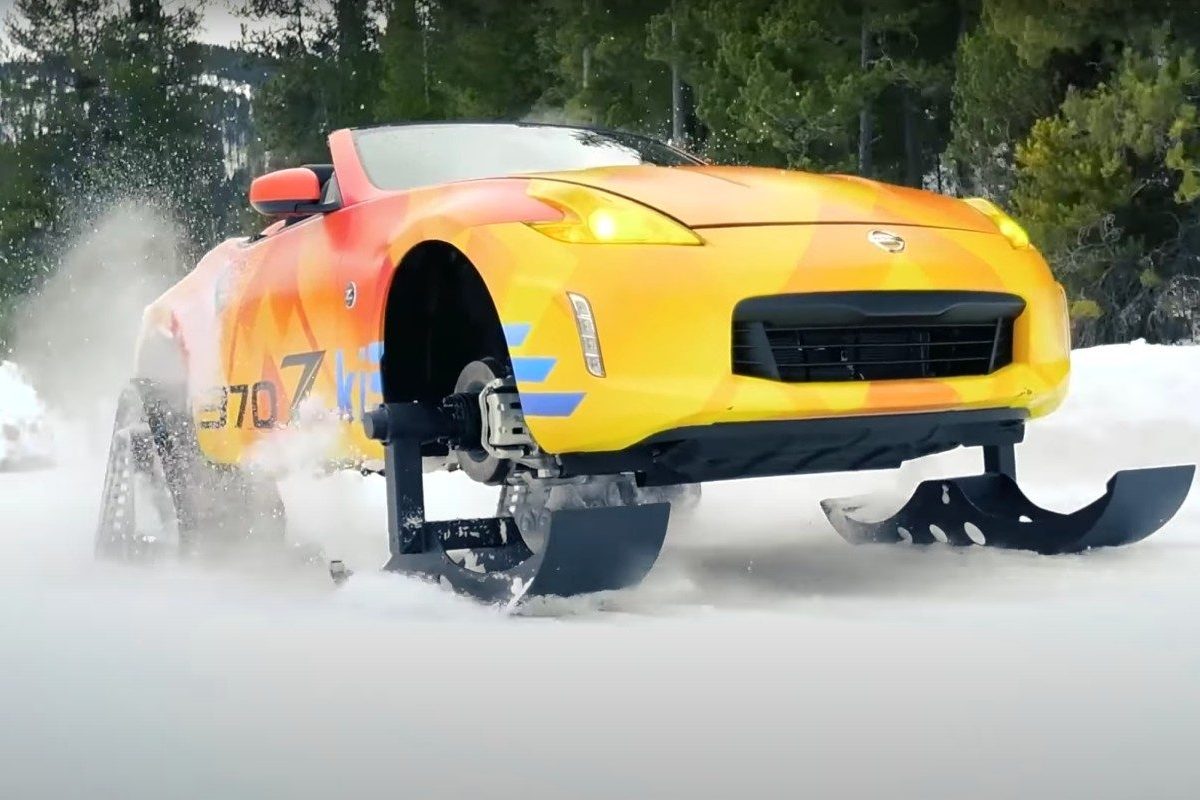 Someone at Nissan loves tracked vehicles. Need proof? First, there were the 2016 Nissan Winter Warrior Concepts (tracked versions of the Rogue, Murano and Pathfinder) and then 2017’s Rogue Trail Warrior Project.

On top of that, back in early 2018, Nissan went full track extreme by converting a 370Z Roadster into a snowmobile!

The Nissan 370Zki, as it’s called, debuted at the 2018 Chicago Auto Show alongside the Nissan Armada Snow Patrol, and as cool as it is to look at in pictures, it is absolutely amazing to watch in action.

As you can imagine, transforming a two-seat sports car into snowmobile is no easy task. First, the car’s entire drivetrain was removed in order to custom engineer components to accommodate the 48-inch snow tracks and the 56-inch front skis. A three-inch suspension lift was developed to allow proper clearances, and everything from engine/transmission routing to the brake lines had to be custom made for this build. Finally, a skid plate was designed to protect the 370Zki’s underbelly. As many modifications were made, the Z’s 3.7-liter V-6 was left alone with its 332-horsepower output. While there is no production potential for the Nissan 370Zki, this project is an excellent way to get people talking about the 370Z, which is more than 10 years old now and still one of best driver cars out there.