Is WD-40 Actually an Effective Scratch Remover? This Guy Tests It Out 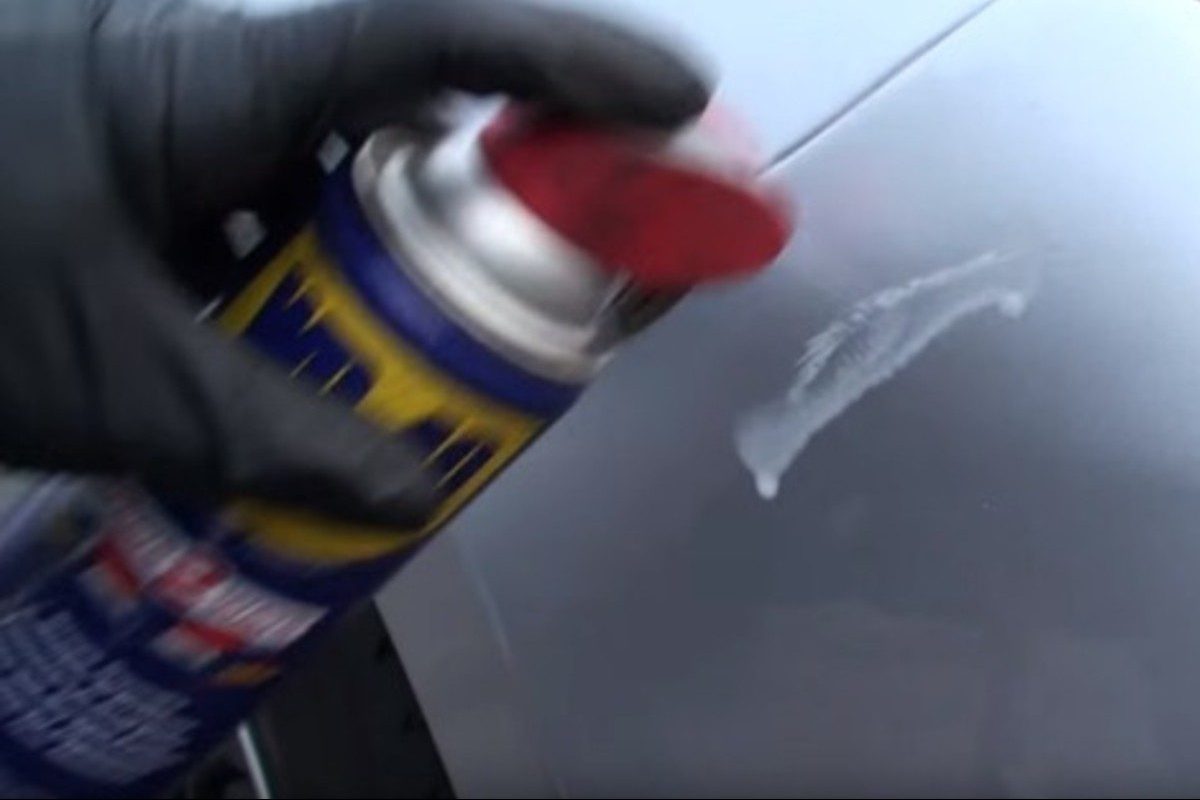 Removing scratches by simply wiping them down with WD-40? “Can you believe that?” the below video asks. No. No we can’t. It would take a much clearer demonstration than just the simple claim to convince us. Sure, it would be a great way to avoid the body shop. If it actually worked. But surprise, surprise: It doesn’t.

As shown in the following video from YouTuber Cody the Car Guy that tests these wild claims, WD-40 should, in theory, make the scratches go away nice and easily. Cleaning could possibly hide some very shallow scratches, but if the scratches are that shallow to begin with, a wash and wax would do the same thing.

For slightly deeper scratches on plastic panels like the ones shown here, rubbing compound buffs out the scratch much better. The WD-40 method didn’t even help much when it came to a simple paint scuff.

Read More: Customers Are ?Carfidant? in This Cheap Scratch Repair Kit Getting the Job Done Right

The verdict? Well, as it turns out, WD-40 is just a strange way to clean out the dirt out of a scratch. Traditional elbow grease and rubbing compound can still fix a shallow scratch, but if it is deep enough to see primer or metal, no amount of tricks will replace touch up paint or a trip to the body shop.

Anytime there is a trick that the professionals “Don’t want you to know,” you can probably bet that it won’t work. But, hey, there were some YouTube commenters who claimed that Cody could have put more effort into his scrub job. So, if you’re not convinced with the findings of this WD-40 experiment and feel compelled to try it yourself, by all means, have at it.