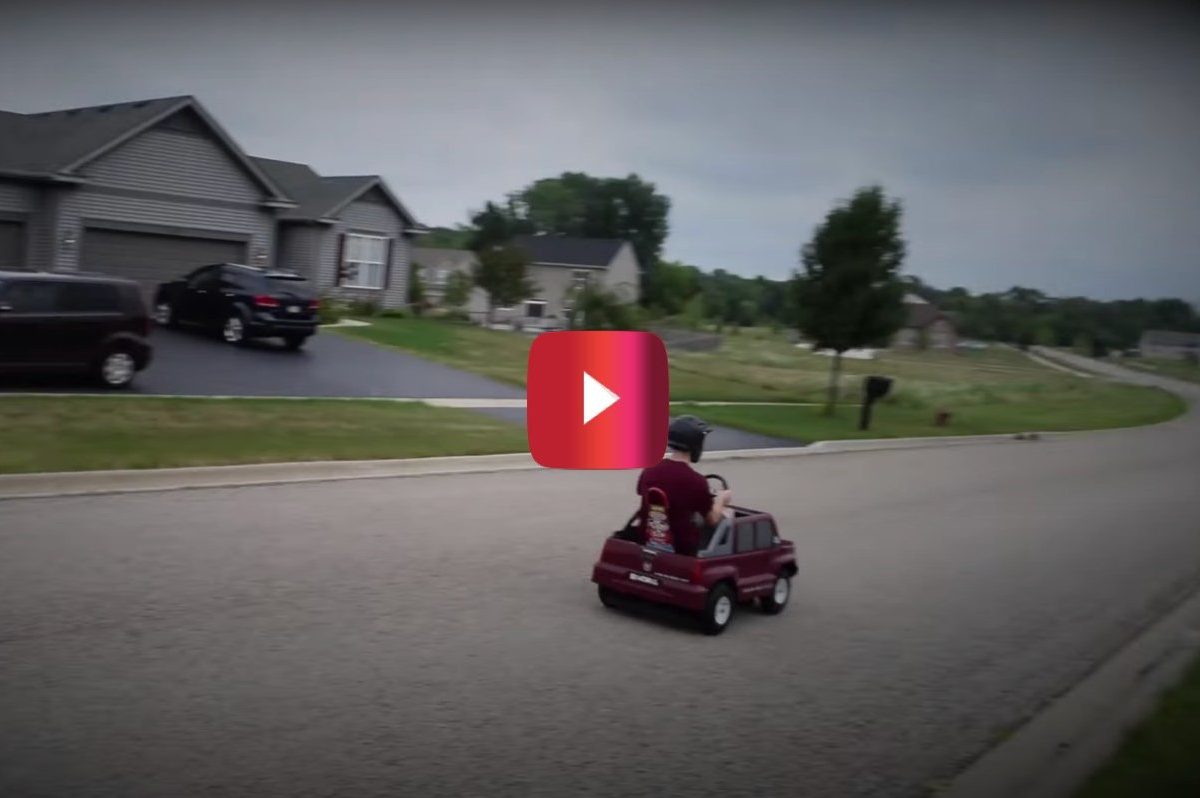 Power Wheels are cool and all, but as ride-on toy cars that aren’t typically capable of going much faster than 6 MPH, they’re not exactly speed demons. Sure, these toys are typically meant for little kids who prefer the slower speeds, but all it takes is a skilled gearhead with a sense of nostalgia to turn a run-of-the-mill toy into a souped-up masterpiece. Kyle Kuta, an amateur mechanic from Illinois, had bigger plans for his Cadillac Escalade-modeled Power Wheels than just cruising at a leisurely pace around the neighborhood.

He decided that making the little plastic “go-kart” would become much more fun with an actual engine in it. After carving it apart, fitting it with an actual chassis, axles, pedals, new wheels, working headlamps, a hand-built steering column, and last but not least, a 160cc, 5-horsepower engine, the ultra-dangerous plastic go-kart was now ready to explore its new top speed. Turns out 40 MPH is really fast when you’ve only got plastic and open air between you and the pavement.

“This is what you get when you cram a 5 horsepower 160cc Honda engine into a plastic escalade made for a kid: an unstable 40 MPH death trap,” Kyle Kuta, the video’s uploader, wrote in the description. “The frame is made out of unistrut, the wheels were meant for a wheel barrel, and the rest of it is just junk we had laying around the garage.

According to his YouTube channel, Kuta’s passion is “making things go much faster than they should by slapping gas engines on them and forgetting about the brakes.” Considering those standards, we think that makes his Power Wheels car a souped-up success.