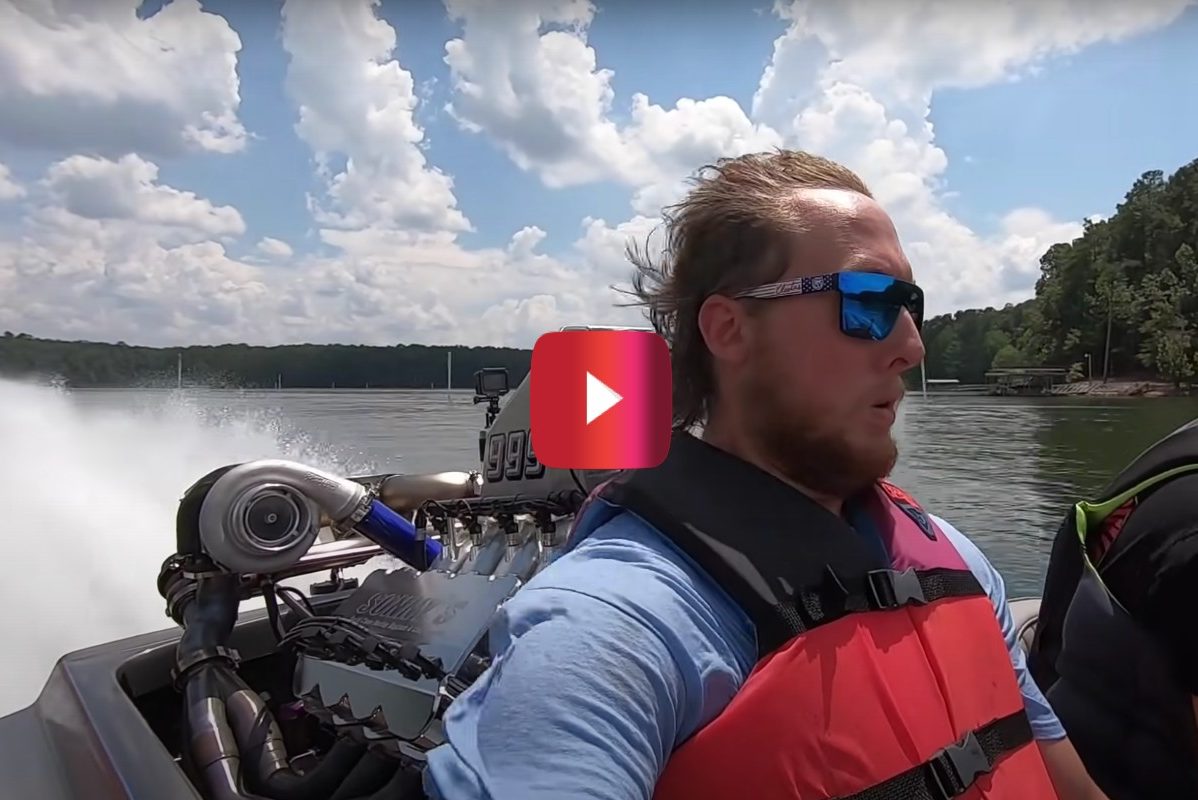 Boating may not seem like the most adventurous pastime but never judge a book by its cover. You can, however, judge a boat by its engine. Engines are extremely important to any vehicle, whether it be cars, motorcycles, planes, or boats. Jet skis are enjoyable on the water, so imagine the thrill of a jet boat.

Jet Boats are boats with monster engines capable of propelling boats at high speeds for maximum fun on the water. Water sports and boat culture have seen rapid growth as technology has progressed. Gearheads have figured out ways to modify their jet skis and jet boats to go faster than ever before. The water is becoming just as fun as the road, and it also has less traffic!

Check out this modded twin-turbo jet boat to see just how powerful these vehicles can become.

Cleetus McFarland is a YouTuber who loves freedom and speed. The Georgia native enjoys modifying vehicles and pushing them to their limits. Usually, the vehicles he works on and drives are made for the road, but in this video, Cleetus switches it up. He meets his friend Mike Finnegan in Florida to check out his awesome jet boat. When Cleetus arrived, he noticed that Mike had clearly put some major time and money into his boat.

This jet boat is so gnarly that Mike recommended they put on some safety equipment before they hit the water. Mike had parachutes and kevlar shorts set up for if things went south. The featured jet boat has a 19-foot-long fiberglass hull that weighs a super light 420 pounds. The boat that Mike describes as “a car on the water” is affectionately named “Game Over.”

It uses a Sonny Leonard 711 Chevy Hemi big-block engine. Its custom driveshaft is estimated to endure 3,000 horsepower. It is so fast that it probably isn’t legal. The twin-turbo jet boat is an absolute menace on the water, making waves and tearing through miles of blue. Cleetus got to experience the 1,700 horses in this insane engine for himself, when Mike let him take the jet boat for a spin. This is one boat launch worth watching!