These Boats With Car Engines Are Incredible 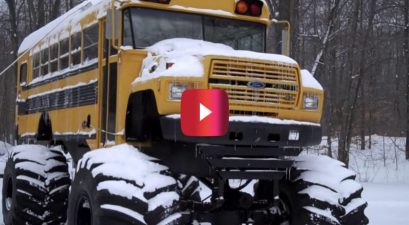 With a School Bus Like This, There Are No Snow Days 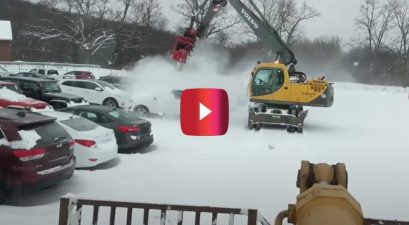 This Car Snow Removal Invention Gets the Job Done in Seconds

There are tons of boaters out there who love having fun on the water. Depending on what you’re interested in, you can go out and pick up a fishing boat or a sailboat, but where is the speed when you want it? For all you gearheads out there, one fun option would be to pick up an old speedboat and rip out that old inboard or outboard motor so you can replace that boat motor with a high-performance car engine. As you can see in the video up top, a simple swap will create a whole new kind of animal out there on the water.

If you’re not a boat person, but you like speed, check this video out, and there’s a good chance it’ll change you mind. Marine engines are great and all, but they’re not as easily modified as other automotive engines. Throwing a big Chevy V8 gas engine into a boat would be a cool swap, but it’s even cooler to think a little more outside the box like the boats in this video. Some of these automobile engines look so good, it’s almost a shame to see them outside the hood of an actual car.

One of my favorite boats out of all of them has to be the very first one. It features a straight-6 turbo diesel engine as its boat engine, and good lord, does it sound aggressive. Seriously though, who thinks about putting a truck engine into a boat? All I can say is I’m happy they did it so we can all witness this thing in action. Although it might not be the most environmentally-friendly vessel, it definitely looks like a blast to have on the water. It takes quite a while for the turbo to spool up, but when it does, it takes off like a rocket.

Choosing one of the car motors shown, I’ve got to say the 2JZ GTE that was fitted into this boat for marine application is definitely another one of my favorites. You could take this thing to any boat show and easily have a crowd of people around gawking at its presence. Not only does it look great, but it performs even better. For an engine that was likely around 500 horsepower, this thing absolutely tears that water up. The boater hits some corners at insane speeds, and the vessel handled it like a champ.

Lastly, the wild supercharged 5-cylinder Volvo gasoline engine is enough to get you seriously fired up. These 5-cylinders are incredibly popular because of how well they handle boost, so why not slap a supercharger on and see what happens?! You can hear the extremely loud whine almost more clearly than you can hear the exhaust. Speaking of the exhaust, the camera angle shows the gorgeous exhaust manifolds for this engine going out the back. It’s an incredible swap. The only thing I’d be worried about is blowing a head gasket. It’s more common than you might think.

I’d feel bad if I didn’t at least mention the rotary-swapped boat. But, then again, a rotary might be even less reliable than the original marine motor. Either way, it’s still incredibly impressive and unique. This definitely looks like a blast to have any one of these. Maybe it’s time to invest in a new summer boat project.