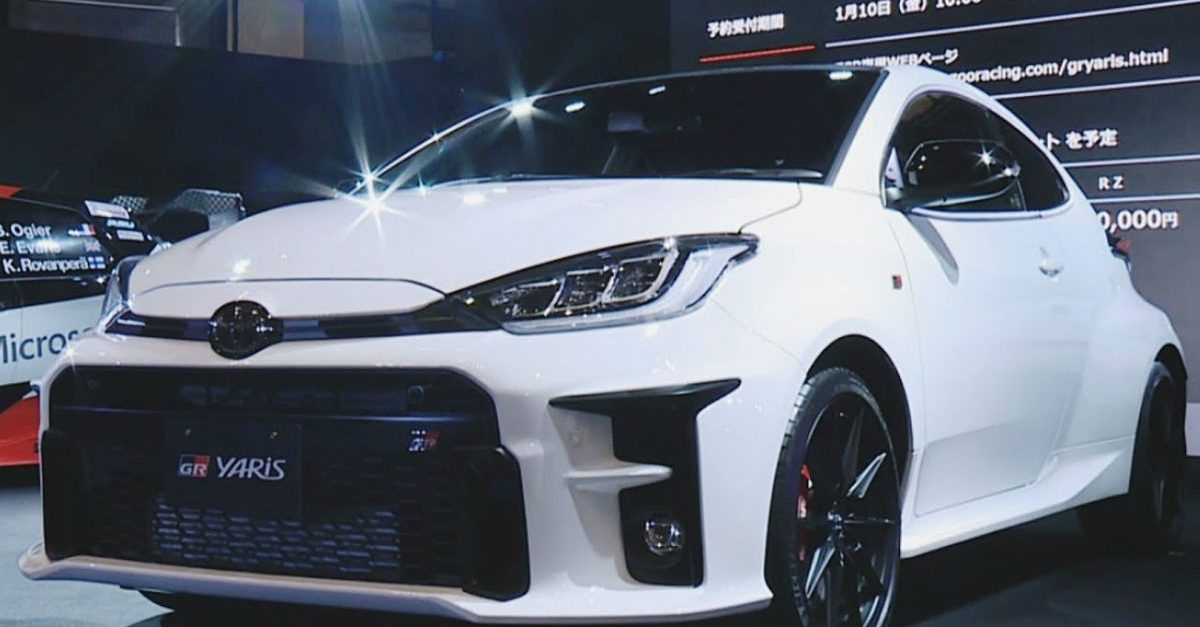 On Friday, the 2020 Toyota GR Yaris was unveiled at the Tokyo Auto Salon, and it definitely doesn’t disappoint. Stocked with a turbocharged 1.6-liter inline-three cylinder engine, the new car is capable of putting out 268 horsepower and 273 pound-feet of torque.

Built by Toyota Gazoo Racing, a World Rally Championship team based in Finland, this thing was built for speed, and, according to Toyota, it’s capable of getting to 62 MPH in 5.5 seconds. Stocked with a six-speed manual transmission, the all-wheel-drive hatchback has the world?s highest output for a three-cylinder. Not bad. Not bad at all.

Read More: Turbo Supra Crushes Kids in a Lamborghini on the Highway

After driving a WRC car with the Tommi Makinen Racing rally team, Toyota CEO Akio Toyoda was inspired to begin work on the Yaris project, which he launched in 2016. The car’s production will also be a part in the homologation process for a rally car. Homologation is an approval process in motorsports by which a rally car must first be produced as a road-legal car, so that it can meet a race sanctioning body requirement. Hey, the more you know.

With an aluminum hood, trunk lid, and door panels as well as a carbon-fiber roof, the three-door Toyota Yaris weighs in at a light 2,822 pounds. The all-wheel-drive system is also equipped with three different settings: Normal, Track, and Sport mode.

Now, as for the chassis upgrades, the rear suspension has been changed to a double-wishbone independent design, while the front continues to use MacPherson struts. Also, the front brakes have 14-inch slotted rotors and four-piston calipers, and the rear brakes have 12-inch rotors clamped by two-piston calipers.

Of course, this car also comes with upgrades, including an optional Circuit Pack, which offers a Torsen limited-slip differential on both axles, 18-inch forged alloy wheels, Michelin Pilot Sport 4s tires, and a performance-tuned suspension.

The hype surrounding the new Yaris is already pretty staggering, especially if you take into account this Change.org petition, urging Toyota to bring the GR Yaris to North America. Would you sign it?

Read More: Forget a Sports Car! The Nissan Altima-te AWD Can Beast Through Any Snowstorm