This awesome “Z-28” El Camino sure looks the part 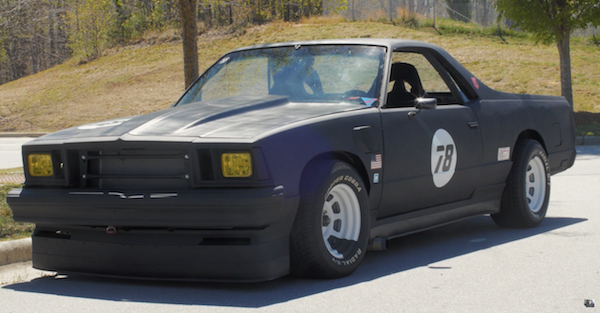 In a world where Batman chews Skoal and sports a mullet, this is his car.

This El Camino is a Frankenstein build through and through, which, when they are done really, really well, turn into the most interesting project cars. Just about everything under the body was lifted out of a Z28, including a 305 motor, with little scoops that were donated by a Trans Am.

With the matte black paint, the gum ball numbering, the simple dash (there isn’t even a turn signal), and the fuel tank in the bed, the El Camino really just visually embodies the role of race car. It’s the Tom Cruise of race cars. It sure looks like an action star, but don’t drop it into a combat zone anytime soon.

Hopefully, that won’t be the case for long, because the El Camino is destined to be an autocross car. The handling is on point; the power just isn’t there.

Related:800 hp El Camino is a spicy alternative to the traditional Rat Rod